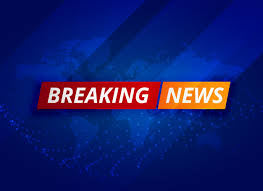 The Federal Government has granted pardon to 2,600 inmates in the country, in pursuance of plans to decongest Nigerian prisons so as to reduce risk of coronavirus spread among the prisoners.

It explained that with advent of the global pandemic in Nigeria, the continued existence of highly populated prisons posed health risks to inmates, thus necessitating population reduction processes being carried out in the nation’s correctional facilities, one of which was the presidential pardon given by President, Muhammadu Buhari, to selected inmates.

The Minister of Interior, Rauf Aregbesola, who disclosed that the pardon directive would take immediate effect as up to 70 of the inmates would be processed and released later in the day, however, added that in order to ensure safety of lives and property of Nigerians, prisoners with records of violence were not granted clemency.

Speaking to pressmen in Abuja on Thursday, Aregbesola stated that the prisoners who would benefit from presidential pardon included inmates who were 60 years old and older, critically ill prisoners, convicted felons with less than six months left to serve on their sentence terms, inmates who had been diagnosed with mental illnesses and inmates who were given an option of fine not exceeding N50,000.

He assured Nigerians that the exercise, which would be carried out in all 36 states of the federation, would be completed by States Governors and that it would be effected in accordance with laid down best practice procedures.

“This amnesty will not apply to inmates sentenced for violent extreme offenses such as terrorism, kidnapping, armed banditry, rape, human trafficking, culpable homicide and so on.

“The Governors of the 36 states under whose jurisdiction most of the inmates were incarcerated will complete the exercise in line with the federal principle”.