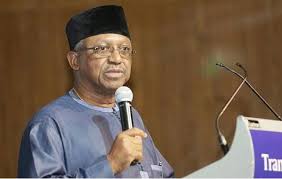 The Federal Government has disclosed that steps have been taken to identify, trace and quarantine all persons who had possible contact with the Italian coronavirus patient or with anyone who had contact with him, adding that the passengers who had flown in same airplane as the patient had been quarantined and stated that such move was in order to thoroughly  containing spread of the disease among the population.

It revealed that, building on pre-existing protocol which had been put in place ahead of such occurrence of the virus reaching the country, measures had been taken using information gathered from the patient, as well as his expected route and circle of influence, all of which were used to comprehensively list individuals who had possible contact with the Italian.

Minister of Health, Dr Osagie Ehanire, explained that though the other passengers had so far tested negative of the virus, finding everyone who had contact with the patient was important to the ministry’s plan to contain and curb spread of the virus and that such people had nothing to fear as they would just be tested and treated if necessary.

Speaking on Friday, through a released statement, Ehanire, reiterated that Nigeria was fully prepared to handle the emergency situation posed by prescence of the virus within its borders, and that government, through the ministry had strengthened measures to control and quickly contain such outbreak, adding that the multi-sector Coronavirus Preparedness Group (CPG) which was led by the Nigeria Centre for Disease Control (NCDC), had immediately activated its National Emergency Operations Centre and was expected to work closely with Lagos State Health authorities to respond to the case and implement firm control measures.

He said that the government had been proactive in its response to the health threat, stating that such response was evidence of premium placed on citizen lives and well being by the apex government.

The minister assured Nigerians that all hands were on deck, and all relevant agencies on board with laid out protocols for diagnosis, treatment and control and urged all citizens to do their best by maintaining a high level of cleanliness, observing hand washing regularly with soap and water and avoid large crowds till the crises was resolved.

He explained that coronavirus was not incurable, and could be prevented if Nigerians observed basic rules of cleanliness and looked out for symptoms in each other, adding that citizens should refrain from sending false information of the disease through social media platforms.

Ehanire called for calm, stating that the government was on top of the situation, assuring that with full cooperation for Nigerian citizens and residents, coronavirus threat would soon be neutralized.

“We are on top of the situation. Many have been identified and we are in process of picking them up for proper diagnosis and treatment where necessary. The health and safety of all Nigerian citizens and residents are of paramount concern to the Fedderal Government”.