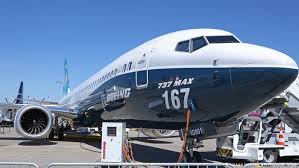 Nigeria has lifted the ban on Boeing 737 Max aircraft from her  airspace. From February 12, the aircraft model can operate in Nigerian airspace after meeting certain conditions .

The NCAA also explained that the FAA has released documents on Boeing 737 Flight Standardization Board Report, revision 17, and identifying special pilot training for the 737 MAX and Safety Alert for Operators.

Recognising the joint review of the Boeing 737 Max Safety System, the NCAA has come up with actions required of all foreign and domestic operators.

It said all intending domestic operators are required to work with the Boeing Company and NCAA for the Aircraft Type Certificate Acceptance Programme in order to have the Boeing 737 MAX aircraft registered in Nigeria and issued with a Standard Certificate of Airworthiness.

“All foreign air operators that intend to operate the Boeing 737 MAX aircraft into Nigeria must submit evidence of compliance with the FAA AD 2020-24-02,” the DG added.

He said the NCAA will continue to ensure strict compliance to Safety Regulations as violations will be viewed seriously.

It would be recalled that Nigeria had banned Boeing’s Max aircraft following two fatal crashes in 2018 and 2019.

The Boeing 737 Max model fleet was grounded globally after the fatal crashes; the first was  a Lion Air flight which crashed into the sea off Jakarta, Indonesia, in 2018, and the second an Ethiopian Airlines’ flight which crashed shortly after takeoff from Addis Ababa in March, 2019. In total, 346 people were killed, among them was  Prof. Pius Adesanmi, Canada-based Nigerian social critic.

On 18th November 2020, NCAA had received a Continued Airworthiness Notification to the International Community (CANIC) CAN-2020-24 advising it of the FAA’s ongoing continued operational safety activities related to returning Boeing Model 737-8 and 737-9 (737 MAX) aircraft service.

This, however, made the FAA issue a final rule/Airworthiness Directive (AD) that mandated the following actions for Boeing 737 MAX aircraft.