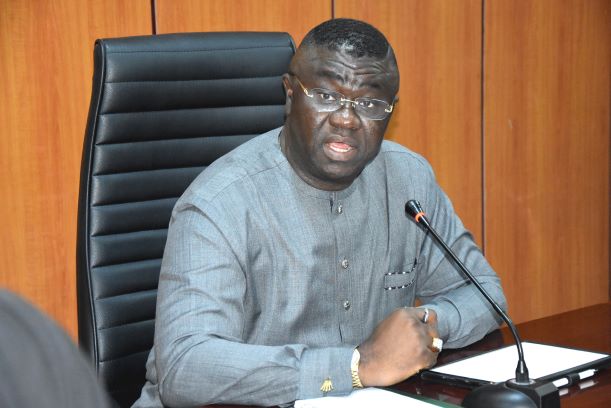 Barring any last minute changes, the Lagos State Government and Federal Government would be meeting in the next 48-hours to draw out modalities on tackling recession and return the nation’s economy to path of accelerated growth.

As learnt, the meeting between the duo was in line the apex government’s commitment to reposition the Nation’s economy and help state governments further strengthen the economy of their respective states.

The Minister of State for Budget and National Planning, Clem Agba-led Implementation Monitoring Committee (IMC) of National Economic Council (NEC), it was gathered, would be arriving Lagos on Monday, 7th December (tomorrow) for a 2-day working visit to the state.

Aside from economic discussion, the committee would also be monitoring major state’s projects as captured in the 71 Points Resolutions of the National Economic Council, covering major thematic areas, to include: Agriculture, Infrastructure, Solid Minerals, Investment, Industrialization, empowerment, Revenue generation among others.

Confirming the planned meeting, the the Lagos State Resilience Office, Ministry of Economic Planning and Budget, said that the resolution had been adopted by NEC for all states to enhance rapid and sustainable economic growth in response to the recent economic downturn in the country.

Through a statement by resilience office spokesperson, Adesoye Oyelami, said that the meeting and working visit to Lagos was in continuation of the committee’s Phase 1 of the monitoring exercise, which covered about 27 states of the Federation in 2017.

“In order to chart a way forward for the commencement of the 2nd phase of projects monitoring across the States by IMC, an E-template was sent to all Commissioners of Economic Planning & Budget, which they are expected to populate with their choice projects in their states in line with 71 resolutions set by the National Economic Council to achieve strong and sustainable economic growth in all States of the Federation.

“Accordingly, all the completed templates, comprising of projects executed in various States will be jointly monitored by the National Economic Council (NEC), Office of the Vice President and the Nigeria Governors’ Forum, while their reports are expected to be presented to the National Economic Council in February 2021 for their considerations and further directives.

“The Implementation Monitoring Committee while in Lagos, is expected to inspect critical development projects of the State Governmentunder Agriculture, Empowerment, Education, Transportation, Solid minerals, Revenue generation, among others,” the statement said.

Lagos may pull down unapproved street gates to ease gridlock