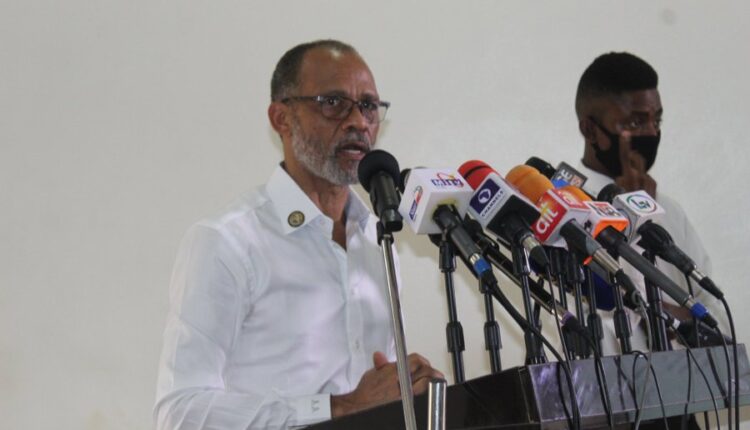 In a bid to flatten the Coronavirus curve in Lagos, the Federal and the State Government have concluded plans to establish Community Care Centres (CCCs) in four Local Governments to test-run the healthcare model in the country.

The Commissioner for Health, Prof. Akin Abayomi and Permanent Secretary, Lagos State Primary Healthcare Board, Dr. Olugbenga Aina, disclosed these on Friday during a press briefing held in Ikeja and said that the aim behind the strategies were to ensure that the state become free from the virus.

Aina stated four councils where more cases were recorded would serve as pilot for the initiative and that the four most affected councils since the virus spread to Lagos were Eti-Osa, Alimosho, Kosofe and Ikeja local governments

He explained that the CCCs are small facilities that would be located within the community and run by community health workers to provide isolation facilities for COVID-19 patients in order to prevent further transmission of the virus within their households and communities.

According to him, people with the mild infection of the virus would be able to receive basic curative and palliative care in these centres rather than wanting to visit the major isolation center before getting isolated in Lagos.

The Permanent Secretary added that the facility would be provided in conjunction with the Federal Government, they will be within communities where these cases are prevalent and the community must be ready to take responsibility for the centers.

Earlier, Abayomi, while revealing strategies to flatten COVID-19 curve, stated that the number of test conducted by the state was not enough and that to boost it, five private laboratories would be accredited for testing of samples, saying, what is left is logistics to complete their registration and when these facilities start work next week, we would be testing more than any state in the country.

The commissioner, who raised concerns over the number of cases recorded in Alimosho Local Government, argued that the five additional facilities would increase the number of private firms accredited for treatment in Lagos to eight.

According to him, the accreditation of the five private hospitals would boost treatment of COVID-19 cases in Lagos.