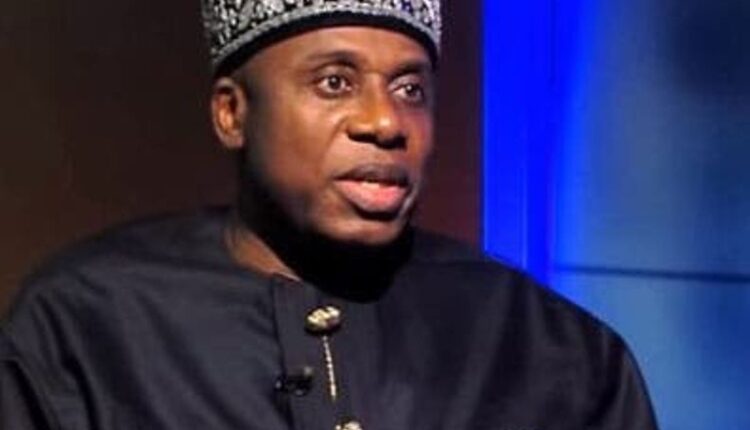 The Minister of Transportation, Rotimi Amaechi, has said that the Kano- Kaduna rail project would commence in July as part of the Federal Government’s commitment to ensure even distribution of infrastructural projects across the country.

He added that the project which would enhance efficient movement of Nigerians, including goods and valuable across the country was aimed at delivering on President Muhammadu Buhari’s administration campaign promises and take Nigerians to next level of development.

“Kano-Kaduna railway project will commence between now and July and the project will head to Lagos through Ibadan,” Amaechi made the disclosure on Friday when he paid a courtesy visit to Kano State Governor, Abdullahi Ganduje in Kano.

The minister said that the federal government would link Kano to Maradi in Niger Republic. “Kano can also be a hub, which will grow the economy and also create job opportunities for its teeming youths,” he said.

Amaechi said that the ministry, however, rejected the design for train station in Kano for a bigger and better one like that of Lagos.

“We are going to build a big and modern rail station that will contain the volume of cargo and human trafficking that will pass through Kano.

“Kano is important to Nigeria and also important to the railway sector and we try to see how we can bring the maritime sector into the state,” he said.

The minister, who was in Kano to commission North-West zonal office of Nigeria Shippers Council, said that the office was sited in Kano because of the economic activities of the state. Amaechi restated that the federal government’s commitment to developing transport infrastructure in the country.

Responding, Gov. Ganduje commended Buhari for his strides in transport sector, noting that the projects, when completed, would boost economic activity of the state.

“The rail project will boost commercial activities and create jobs for our teeming youths because Kano is the commercial nerve center of the North and some West African countries,” he explained.

Others include Permanent Secretary, Federal Ministry of Transport, Dr Magdalene Nwanwuche, and the Director-General of Nigerian Maritime and Safety Agency (NIMASA), Bashir Jamoh.