Youths raises concerns over imposition of candidates ahead… 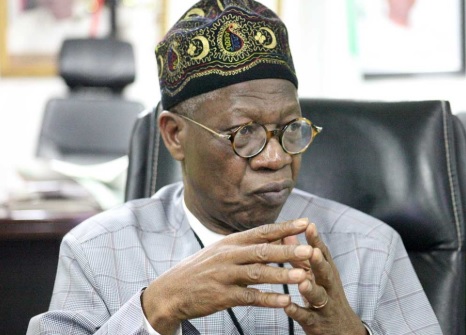 The Minister of Information and Culture, Lai Mohammed, has faulted media houses across the country for awarding governors, ministers and other elected and appointed public officials, saying the Nigerian media was undermining its watchdog role by engaging in some activities preventing it from holding power to account.

He said that by parleying with elected and appointed public officials through awards and other events meant to allegedly seek favors and from them, the media often times lost its voice and trade its objectivity in terms of reporting and other critical tenets of the profession.

Speaking on Tuesday in Abuja at an interactive session of the 27th Nigerian Economic Summit with the topic, “The Fourth Estate – Holding Power Accountable’’, the minister argued that the criteria employed by media houses in awarding the recipient are dubious.

According to him, today, it is not uncommon to have media organisations hold annual award ceremonies. In most cases, their awardees are top officials of the same government they are supposed to hold accountable.

“Let’s forget that some of these awardees support the awarding organisations in one form or the other, especially during the awards. To what extent can such media organizations hold their awardees, most of them top officials of government at all levels, accountable? Is this not antithetical to the watchdog role prescribed for the press in the Constitution?’’.

The minister also identified engagement of partisan media men to anchor sensitive programme as another factor preventing the fourth estate to hold those in power to account.

“For example, there is a national television station here in this country that has, as one of its anchors, a partisan, a known opposition party man.

“Yes, the said anchor is also a journalist. But what kind of objectivity can we expect from such an Anchor? No matter how professional he seeks to be, his partisanship will always be a blur. Can such Anchor or his medium be trusted to objectively hold power accountable?’’ he queried.

The minister said that the advent of the social media and its propensity in purveying fake news was another factor preventing the media from its statutory watchdog role.

He, therefore, called on media practitioners to look inwards and engage in self-scrutiny in order to remove those things that inhibit its ability to perform its constitutional role.

On his part, another panelist, the Editor-in-Chief of Daily Trust Newspaper, Nasiru Makailu, said that for the media to discharge its role as the “fourth arm’’, there was the need to renew its business model.

He said that while cost of production was high for the traditional media platforms, circulation and advertisement patronage were also dropping. Makailu also faulted the poor remuneration and welfare for journalists which he said was making practitioners to cut corners.