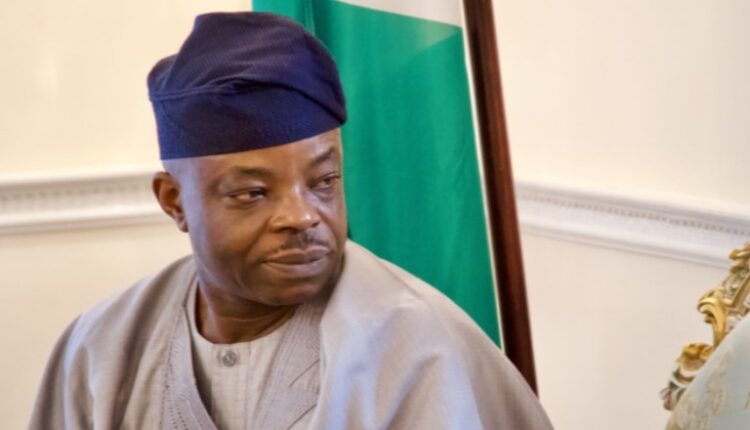 The Nigerian High Commissioner to United Kingdom, Ambassador Sarafa Isola, has described the recent edition of London-based magazine, The Economist, on Nigeria’s insecurity situation, saying the characterisation of Nigeria in its report was selective and unfair.

According to him, the administration of President Muhammadu Buhari is achieving tremendous results in tackling all the challenges raised by the magazine.

Faulting the magazine’s position in a piece titled ‘Insurgency, Secessionism and Banditry Threaten Nigeria’, through a letter written to The Economist, the High Commissioner said that the issues confronting Nigeria had been long-standing.

While commending the magazine for pointing out the multiple security and governance challenges that Nigeria presently faces, Isola noted that the picture presented to the readers was selective and unfair.

”The decay of agencies and institutions has gathered momentum for decades. There is no quick or simple fix. It is unwise to pretend otherwise,” the letter read in part.

He reminded the organisation that Buhari had been elected twice in national elections and was indeed making progress by
working with international partners: “There has been progress. Nigeria works closely with partners in the Sahel region, Europe and the U.S. on security and intelligence. It is not an accident that the leadership of militant groups is weaker than it has ever been.

”You highlight the need for police reform: this is a process that President Buhari’s administration has led, including the disbandment of the Special Anti-Robbery Squad (SARS). We are already working with the UK and others on training and equipment,” he added.

The High Commissioner described Nigeria’s “robust COVID-19 response as well as the President’s battle to provide stable energy for the country as noteworthy. ”Nigeria has led the region in a robust response to COVID-19 that has helped keep infection levels well below many parts of the world, while also helping to mitigate the economic shocks from the global downturn for the most vulnerable.

According to the envoy, Buhari has also championed reforms in the energy sector, the cradle for corruption, in the teeth of fierce resistance from the old, business-as-usual brigade.

He pointed out that progress being made by the administration in agriculture, creative arts and technology sectors among others did not sit well with corrupt -minded individuals in the country.

“Nigeria is far from being the only country that faces the challenge of trying to deliver overdue change in a political culture that tilts towards special interests that are often selfish and short-term.

”Optimism in sectors as diverse as agriculture, creative arts and technology point to the opportunities that are already being realised.

”It will be a long haul: a corrupt cabal will say we are not doing enough: what they mean is that we have already done too much, in terms ending the impunity enjoyed by the few and helping to enfranchise the many,” he said.

Isola maintained that the Nigerian leader was also working with international partners to diminish problems associated with extremism and climate change and leave the country more united.

“Nor indeed is this simply a Nigerian project. We are on the frontline of the international struggle against violent extremism, climate change and a host of other issues. These are common but complex challenges that require common and complex solutions. President Buhari, like millions of Nigerians, rejects the identity politics that has polarised so many other countries. Our diversity is our strength,” he said.