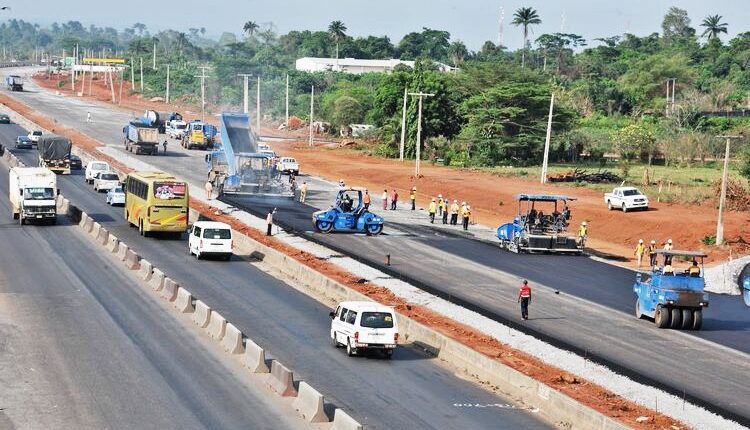 The Federal Government has disclosed that it will be committing N75,765,087,178.28 to carry out palliative works on collapsed portions of roads across the country to ensure accident-free festive season.

It explained that the rehabilitation works, which would be carried out by Federal Ministry of Works and Housing, was aimed at easing movement of people and goods across the nation during the last four months of the year called ‘Ember Months’.

The ministry’s Director, Highway Construction and Rehabilitation, Folorunso Esan, said that the rainy season had affected many sections of the road across the country, hence the need for urgent palliative works to avoid further deterioration.

Briefing journalists in Abuja at the meeting of stakeholders in the transport sector, he stated that the plan was to make the roads motorable and ensure the safety of lives on the country’s highways,

He said that such bad roads have been identified, indicating that the affected roads had been mapped out and contracts for the repairs would be awarded to contractors as part of preparation for the ember months. According to him, the total cost for the repair works is N75,765,087,178.28.

In his address, the Minister of Works and Housing, Babatunde Fashola, appealed to stakeholders in the road sector to rededicate their efforts towards improving safety and sanity on the highways. Fashola said that government was doing all it can to move Cargos by rail as it was fast and make the roads more durable.

“The President Muhammadu Buhari administration is making efforts to ensure that overloaded trucks no longer ply the nation’s highways.”

According to him, a measurement scale device installed on a computer will be put in place around the nation to ensure that trucks and haulage vans do not convey excess goods.

“You may not be aware of this, the government is building the Kano, Lagos and the Abeokuta pipeline and we want to see petrol tankers, timber going on railway and we hope this can relieve pressure on the road.

“I want to appeal to road users, NUPENG, NATO, NURTW and FRSC that we have to work together. Our responsibility is to ensure safety of the road users. All the data that we have about the road show us that most of the accidents on the road are as a result of speed violation.

Fashola said that speed violation usually leads to loss of control, adding that traffic light violation, dangerous driving, wrongful overtaking, among others, are the causes of all road crashes across the country.

“We are going to start our restrictions with over loading. We are going to start it in Lagos at the tollgate. If your vehicle is over loaded, you will pay fines, so the reason we have done that is that we want to make it cheaper to comply and make it very expensive to break the law. That way, we hope that people will choose to comply instead of paying excessive penalties,” he said.