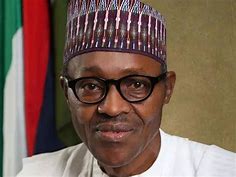 The Federal Government has disclosed plans to survive the economic impact of falling oil prices which has been recorded due to coronavirus impact and ongoing petroleum trade dispute between oil heavyweights, Saudi Arabia and Russia.

The apex government explained that the fall of world oil prices meant less revenue generation and had also put the 2020 financial appropriation bill in deficit, both of which could spell economic doom for the country if not well managed.

However, the President, Muhammadu Buhari, gave reassurances, stating that his administration was set to implement plans towards safeguarding the country’s economic well being, and  explore various avenues with aim to protect Nigerians.

Buhari explained that the oscillating oil prices had necessitated implementation of new and creative methods to ensure continued prosperity of the country and its people, and that his administration was set to take critical look at the situation as well as make major policy changes so as to suit the economic challenges being faced by Nigeria.

Speaking at the briefing session by the Prof. Doyin Salami-led Presidential Economic Advisory Council (PEAC) in Abuja on Tuesday, Buhari reiterated that his administration had envisaged and mapped out the problem areas and had come up with tailored solutions to defuse each.

The nation’s first citizen revealed that there would be increased inputs in agriculture, education and healthcare with aim to negate effects of the deadly viral pandemic, and encourage peoples’ interest in agriculture so as to facilitate a shift from economic dependence on petroleum products.

“We will see how to survive fallen prices, as we already envisaged the problem and have identified plans through which they can be mitigated”.

He laid emphasis on the importance of education and healthcare, adding that education liberated people and that the federal government was poised to do more in educational sector in order to empower its people and give them leverage to compete favourably with their counterparts from other countries.

The president assured Nigerians of the federal government commitment towards protecting its people from adverse international economic fortunes and that he and his team were set to take steps to avoid possible economic disaster.

While delivering brief to the president, Salami, expressed hope that the deadly viral pandemic would soon be placed under control, stating that the economy would suffer should the global pandemic linger for much longer, and that slower growth and fiscal uncertainty would define the country’s economy.

The professor reiterated that other economic possibilities included oil glut, trade imbalance, drop in foreign reserves,  and rise in unemployment, adding that countries round the world may go into economic recession.

He advised Buhari to ensure that hard work is maintained for the country to keep its head above the waters, and not get drowned by the economic uncertainties and urged Nigerians to give their support to the federal government in its implementation of counter-measures to boost up the country’s economic outlook.