We have expand investigations on Abba Kyari- FG 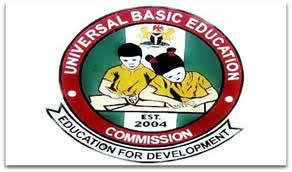 The Federal Government through the Universal Basic Education Commission (UBEC) has disbursed no fewer than N533.7billion across the 36 States and the Federal Capital Territory between 2005 and 2021 for schools rehabilitation.

The commission noted that only 17 states had accessed up to the fourth quarter of 2021 which include Bauchi, Bayelsa, Benue, Borno, Cross River, Delta, Edo, Ekiti, Gombe, Jigawa, Kano, Kebbi, Katsina, Nasarawa, Osun, Taraba and Zamfara while all states and the FCT had accessed 2005 to 2017 matching grant.

According to the commission, Anambra, Imo, and Ogun had not accessed any quarter in 2019 matching grant.

Through a statement released by UBEC Head of Public Relations, David Apeh, yesterday, in Abuja, the commission reacted to insinuations that N110 billion accessed by states as intervention funds has not been utilised and disclosed that N30.8bn was not accessed as of June 6, 2022.

Apeh said that the information, which appeared on a national daily of June 12, was a misrepresentation of comments made by the Executive Secretary of UBEC, Hamid Bobboyi during a briefing on the 2022 National Personnel Audit (NPA).

According to him, the commission said that the executive secretary has put measures in place to drastically reduce the level of un-accessed funds through stakeholders’ engagement and ensuring transparent management of the funds.

It further added that the 50 per cent counterpart fund, which is one of the requirements for accessing the matching grant is a law as contained in the UBEC Establishment Act.