Going back to fetch more bodies from the rubble (photo) 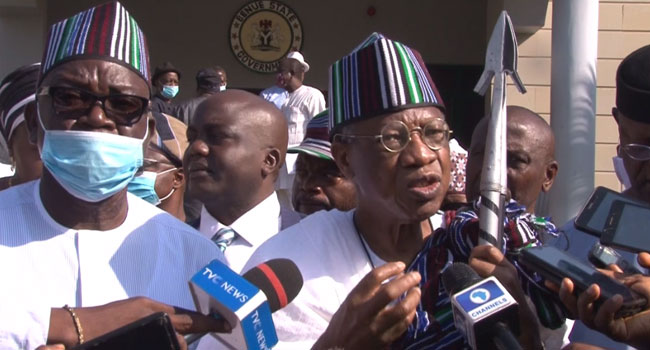 The Minister of Information and Culture, Lai Mohammed, has disclosed that Federal Government was not aware of any $875 million ammunition deal with the United States-based company which was being purportedly blocked by some lawmakers in that country.

He said that there was no contract of such nature and sum between Nigeria and the US company and that such report been circulated in the media were false.

The minister noted that aside from the 12 Super Tucano Attack Helicopters of which six had been delivered to Nigeria, the country has not entered any contract of arms with the United States of America .

According to him, we are quite satisfied with the progress and cooperation that we received from the government of the US on this issue. As a matter of fact, six of the Tucano helicopter will be launched on Aug. 3, this year.

“The relationship between Nigeria and the US is smooth and waxing stronger,” the minister said while briefing journalists in Abuja on Friday.

There had been reports that influential U.S. lawmakers were masterminding a hold on a proposed sale of ammunition and attack helicopters to Nigeria over allegations of human rights abuses and anti-democratic actions of the present administration.