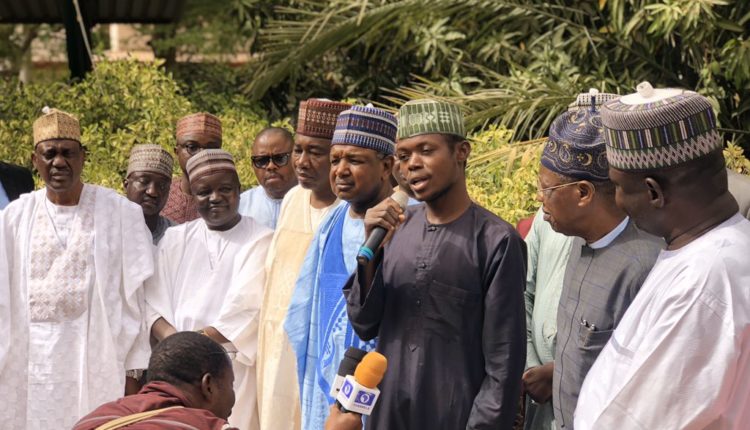 The Minister of Information and Culture, Lai Mohammed, has debunked as false, news which broke out during final moments of the Argungu International Fishing Festival, when a man allegedly ran at the President, Muhammadu Buhari, while photographs were being taken, and with alleged intention to attack the President.

Mohammed acknowledged that the young man, Mohammed Jamil Bello, had broken protocol by approaching Buhari at the festival but denied that there had been any intent to harm or attack the person of the president, but rather, that it had been a moment in which an adoring fan tried to get close to a person he saw as an idol.

He explained that reactions by Buhari’s security detail was expected, seeing that protocol had been broken, and that they had acted in accordance with laid down policy and procedures to protect their principal, adding that such would have obtained in any other country of the world.

Speaking to newsmen in Kebbi state, on Friday, the minister reiterated that Buhari maintained an open government such that he is accessible to Nigerians, and that the All Progressives Congress (APC) led federal government, was a government of the people and for the people, and that any Nigerian had right to see the president if he wished to.

He gave assurance that men of  Department of State Security (DSS) had treated Bello with all courtesy and that no harm had come to him, and urged Nigerians to disbelieve all false news making rounds that the President had been attacked as such reports were untrue and had aim to maliciously foment mischief among the populace.

“All the stories about him trying to attack Mr. President is false, even the story that he has been shot by the Police or DSS is false, nothing of such happened”.

Also speaking at the press conference, alleged Buhari-attacker, Mohammed Jamil Bello, explained that his motive for running at the President had not been malicious, but was with aim to receive a handshake from someone who he greatly admired.

According to Bello, who described Buhari as an upstanding, virtuous and honest man, it had been a life-long dream of his to meet the President and receive his handshake, and that he had seen opportunity in Buhari’s prescence at the festival which he decided to take by trying to get close to the President.

He expressed his joy and elation at the fact that he had succeeded in his motive and achieved the presidential handshake which he sought, while refuting allegations that he had attacked the president with intent to harm him, adding that his actions had been driven by love for Buhari and not anger or hate.

“I did not attack President. I was emotionally attached to his outstanding virtues of honesty and craved to shake him,”

“All the stories about him trying to attack Mr. President is false, even the story that he has been shot by the Police or DSS is false”- Honorable Minister of Information & Culture, Alh. Lai Mohammed pic.twitter.com/68vWjGgtF6

“I did not attack President @MBuhari, I was emotionally attached to his outstanding virtues of honesty and craved to shake him” -Mohammed Jamilu Gunddare, the man alleged to have attacked President @MBuhari at #ArgunguFishingFestival2020 /1 pic.twitter.com/gh0wgpmubf