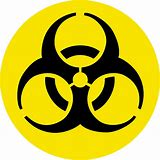 In a bid to reduce food importation, Federal Government has concluded plans to introduce Genetically Modified Organisms (GMO) into Nigerian market to boost its Gross Domestic Product (GDP) and ensure adequate food security in the country.

The apex government also assured that efforts would be strengthened to ensure adequate levels in biosecurity and biosafety, so as to compete favorably with other world powers and to ensure security of its people.

It would be recalled that President Muhammadu Buhari has earlier appended signature to National Biosafety Management Agency (NBMA) Amendment Act in 2019 which had expanded focus of the agency to include emerging aspects of modern biotechnology, biosecurity and biosafety, concept on which training has been said to have commenced for members of NBMA.

NBMA Director-General, Dr. Rufus Egbeda, while explaining importance of biosecurity to the nation, said that it was key in safety of lives and environment especially due to high risk of harmful biological agents being stolen from laboratories, biological warfare or even trade wars between neighboring countries which could result in direct and harmful effects to Nigerian populace.

“We recognize the possibility of averting biological warfare using biological agents as a military tool to attack countries and is definitely something to look into,”

“Trade wars are another possibility we have to look into, for instance, discrediting the agricultural products of a particular country from being marketable in international markets is an issue of biosecurity and can also rise through malicious use of harmful biological agents to destroy crops or reduce yield.”

The Director-General, however, revealed that training on basic biosecurity concepts had been organized for Biosecurity Department staffs in order to develop and strengthen their capacity in area of biosecurity and also bring them up to date on best practices and innovations from around the world.

He stated that such trainings had become necessary to place Nigeria in its rightful place as a force to reckon with and also to cater for the health and wellbeing needs of its people.

“The agency has received a new mandate from the Presidency which is the issue of ensuring biosecurity to humans and the environment and this training is a direct result of that, more like an induction into the concepts for our members,”

“The essence of this training is to introduce them to the basic principles of biosecurity and to create their consciousness and for them to also make personal effort to grow and strengthen their capacity.”

Egbeda disclosed that plans were ongoing to hold consultations and meeting  with relevant agencies to identify how far his agency had come and determine what was needed for them to discharge their duties comprehensively and adequately.

He said that stakeholders expected at the meeting include Nigerian Army, Nigerian Police Force, Interpol, as well as representatives from the National Security Adviser’s Office, Secretary to the Government’s Office, Ministry of Health, Nigerian Agricultural Quarantine Service and National Centre for Disease Control amongst many others.

“We have invited them to find out what each agency is doing and to discuss how we can build a national system in the area of biosecurity by pooling together our resources and working together.’’

Speaking on GMO’s, Udo, who is also Director of Planning Research and Statistics, Medical Laboratory Science Council of Nigeria, stated that safety of such organisms went beyond surface and delved deeper into safety of people who carried out gene manipulation on the modified organisms.

“When you are looking at GMOs and other pathogenic organisms, you have to also look at safety of the people that do manipulate the genes. You also look at security of the agents and organisms themselves because someone who does not mean well might steal it and misuse it.”

She noted that it was her belief that Nigeria was ready to take baby steps to catch up with world powers who had embraced GMO’s and as such had begun enjoying benefits like better yield in terms of agriculture and breakthrough in drug manufacturing, vaccines and special therapy to cure certain diseases like cancer.

“The world is moving on in so many areas where biotechnology can be applied, we cannot sit back and watch while it passes us by,”

“Countries now are looking for food and we need to apply GMO to agriculture for better yield, to increase our self-sufficiency as a nation. We cannot go back to the Stone Age but the area of regulation is where emphasis should be made”.