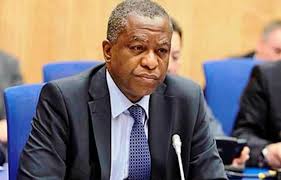 The Federal Government has raised alarm against the alleged payment of fraudulent fees by Nigerian evacuees, saying that all evacuation costs should be remitted through the appropriate channels to participating airlines.

It said that the nation’s embassies across the world had been mandated to liaise with participating airlines and that the payment for evacuation costs were to be paid to such carriers and not to individual accounts.

The Minister of Foreign Affairs, Geoffrey Onyeama, said that private accounts being peddled for evacuation payment were fraudulent and urged evacuees to desist from making remittances into such.

Onyeama, while speaking to newsmen in Abuja, stated that evacuees were required to make payment into the designated account of the airline with which the nation’s embassy had come to an agreement, and refuted claims that Nigerians were being asked to pay into private accounts in some countries.

He said that claims of evacuees being asked to pay their airfares into private accounts in India were false and unfounded, adding that the nation had contracted airlines in the resident countries as well as Nigerian carriers for the evacuation process.

“We directed every Embassy and Missions to invite Nigerians in those countries to indicate an interest, if they have any, to be evacuated back home and informing them that they will have to pay to the airline that is eventually chosen for the evacuation process,”

“So, our High Commissioner in India is in the process of negotiating with the number of airlines and I will like to inform the members of the National Assembly who raised the issue that Nigerian airlines have been invited too,”

“They will select the airline and Nigerians interested will pay directly to the airline at the time indicated. Nigerians should not pay to any account. It will always be made to an airline,”

“An exception was made to the flight coming in tomorrow (Friday) and that was because it was organized with other government. So, our High Commissioner in London had to outsource the collection of the monies to be paid to the airline because they wanted the High Commissioner himself to be responsible. That was an exception. But in all the other cases, people will be asked to pay directly to accounts of the airlines directly”.