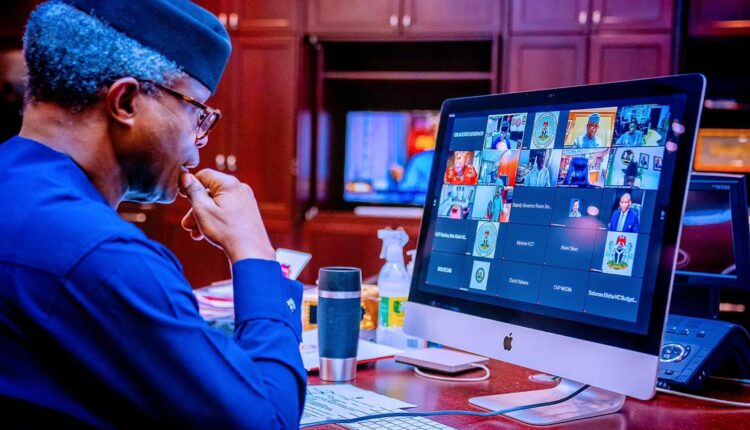 The Federal Government has assured that machinery has been set in motion to address concerns raised by Indigenous People of Biafra (IPOB) and the Movement for Actualization of Sovereign State of Biafra (MASSOB), Yoruba Nation agitators among others, saying more would be done in retaining a united Nigeria.

It explained that relevant stakeholders and special government constituted panels would begin consultations and dialogues with self-determination groups and agitators to ensure a consensus was reached that would end the growing dissatisfaction threatening Nigeria’s unity.

The Vice President, Yemi Osinbajo, said that the President Muhammadu Buhari-led administration was not oblivious of the growing resentment by those seeking referendum, adding that steps towards addressing the rising agitation in certain parts of the country are currently in top gears.

He added that as part of measures being taken to address the challenges, the federal government has directed states to hold consultations and dialogues with relevant stakeholders on the issue and report back before final decisions would be taken.

Osibanjo said that the decision, among others, was taken at the 4th National Executive Committee meeting of the year attended by State Governors, Ministers, the Central Bank Governor, adding that pertinent issues affecting Nigerians across the country were discussed during the session.

“On the issue of unity, the Council’s position remains the same. Despite the efforts of those attempting to derail progress, we will continue to affirm the need for one Nigeria, as it remains the best option for us as a people.

“We however understand the importance of addressing the rising agitation in certain parts of the country. To do this, States have been directed to hold consultations and dialogues on the issues identified, with the aim of reporting back by the next Council meeting,” the Vice President said.

“Following clarifications provided by the CBN Governor, the NGF Chairman and the Minister of Finance, we will also like to debunk the ludicrous allegation that N60 billion was printed to shore up allocations for the month of March. This is completely false,” he added.

NDLEA places clubs, supermarkets on watchlist over drug-cookies, others