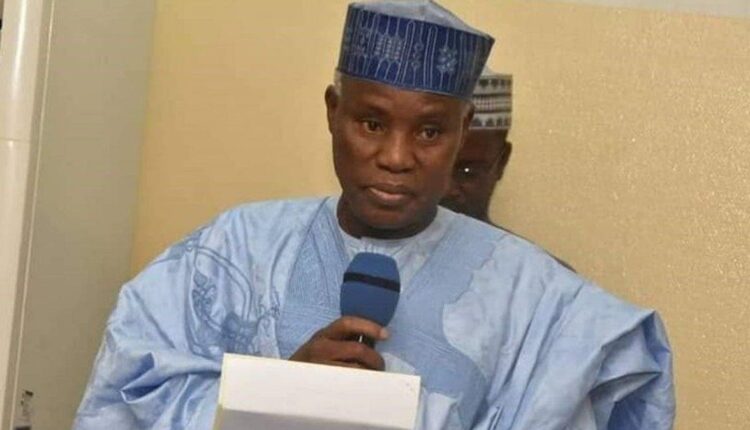 The Federal Government has disclosed that it has begun its discreet operations aimed at ensuring swift rescue of over three hundred abducted missing students of Government Science Secondary School in Kankara, Katsina State.

It also indicated that the abducted students would soon be reunited with their family and loved ones as soon as possible, adding that the apex government has set machinery in motion to ensure their safe return.

The Minister of Defence, Maj Gen. Bashir Magashi, said that joint security personnel had been deployed after the abductors and that the perpetrators would soon be fished out while the students would be rescued soon.

Speaking on Sunday when he led the federal government delegation including the nation’s service chiefs on the sympathy visit to the state, the minister noted that the intelligence gathered has shown that the security personnel would soon rescue the students.

He added that the government would soon proscribe the bandits as terrorists to effectively curb their activities in the North West and other parts of the country.

“Today, we are here also to sympathise with you over the recent abduction of secondary school students, which is more or less a ruthless exercise conducted to tamper with the education of the students. With the brief, we received from the sister security agencies in the state, this task will be very simple to accomplish. Within the next few hours, we will ensure that these people are back without any collateral damage to the people of Katsina State; we have strategised.”

“All hands are on deck to ensure we accomplish our tasks within the Armed Forces and the police. I was here around August on the same kind of mission to sympathise with the government regarding the farmers and herders clashes.”

“The children so far kidnapped cut across the state because of the boarding school houses all children from all parts of the state and some even from outside the state.

“It has a population of 839 and so far we are yet to account for 333 students. We are still counting because more are coming out from the forest and we are calling those parents that have phone numbers to find out whether or not their children have gone back home,” he said.