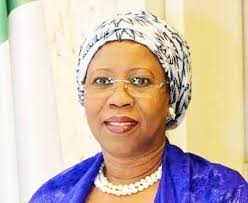 The Federal Executive Council (FEC) has approved the revised National Policy on Micro, Small and Medium Enterprises (MSMES) that will help provide the framework to resolve the challenges faced by the sub-sector.

The Minister of State, Federal Ministry of Industry, Trade and Investment, Maryam Katagum, said  the revised policy which accommodates key changes that have occurred in the national and international socio-economic scene, was a product of deep and wide consultations with critical stakeholders across the country such as MSMEs operators, policy makers, academics/researches and development partners, both local and international.

The minister said this at the signing of a Memorandum of Understanding (MoU) between the Nigeria Entrepreneurs Forum (NEF) and the Organisation of Women in International Trade (OWIT), in Abuja. She expressed optimism that the implementation of the policy would set the MSMEs on the path of sustainable growth and development.

The minister further emphasised the critical role which MSMEs, especially women-owned businesses play in the development of the national and global economy in terms of employment generation and contribution to Gross Domestic Product (GDP) as this cannot be over-emphasised.

She pointed out that it was in recognition of the important role of small businesses that the Federal Government of accorded special attention to the growth and development of the sector, with special emphasis on women-owned enterprises.

She said it was further to this regard that the implementation of the Survival Fund scheme which has received commendation by stakeholders across the country, further provisioned for 45 per cent female-owned businesses.

Katagum, however, disclosed that the ministry had commenced the stakeholders’ engagement on drafting of national policy on startups so as to keep pace with innovation and new wave of digital revolution of start-up ecosystem in the country.

She said the move was aimed at repositioning the Nigerian start-ups to be major contributors to GDP.

The minister also expressed the federal government’s commitment to positioning the MSMEs for global competitiveness through effective implementation of policies and programmes.

She also affirmed the ministry’s readiness to collaborate with the private sector in achieving its mandate.

She said: “More so, I believe that the implementation of this MoU that would be signed today will provide another platform to impact women-owned enterprises in the country.”