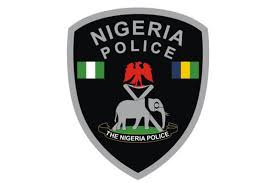 The Federal Government has appointed a new Board of Trustees for the Nigeria Police Trust Fund, saying that the appointments were made with aim to rightly position the force on the path to becoming a well funded and well-equipped agency.

It said that the appointments had been made in accordance with the provisions of the Trust Fund Establishment Act of 2019 and that it would align the Nigerian Police Force with international best practices and build a high level of professionalism among the institution’s caders.

The Presidency confirmed the appointments through a statement released on Thursday, and revealed that the Board of Trustees would be led by the retired Inspector-General of Police, Barr. Suleiman Abba (CFR, Mni).

It stated that the Minister of Police Affairs, Muhammad Dingyadi, would announce the inauguration date for the board and expressed optimism that the appointments would further the President, Muhammadu Buhari’s drive towards building the nation’s policing architecture and ensuring welfare of police officers across the country.