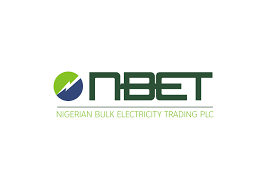 The Federal Government has approved reconstitution of the Board of Directors for the Nigeria Bulk Electricity Company Plc. (NBET), saying that the new appointments would take immediate effect.

It said that the approval had been given by the President, Muhammadu Buhari, and that the new board members would serve in different capacities within the company.

The Ministry of Finance confirmed the board approval through a statement released on Thursday and revealed that the management team would be led by the Minister of Finance, Budget and National Planning, Zainab Ahmed.

The ministry added that the newly appointed board also included the Director and Head of Internal Affairs and Efficiency Department, Federal Inland Revenue Service (FIRS), Suleiman Ndanusa, the President of the Nigeria Society of Engineers (NSE), Mustapha Shehu, Adeyeye Adepegba, as well as the Managing Director and Chief Executive of NBET, Marilyn Amobi.

It disclosed that there was going to be another imminent appointment into the position of Non-Executive Director, saying that the member would be chosen to represent the Federal Ministry of Power on the company board.

The ministry reiterated that the appointments were with immediate effect and said that the directors would henceforth manage the activities of the state-owned limited liability company.