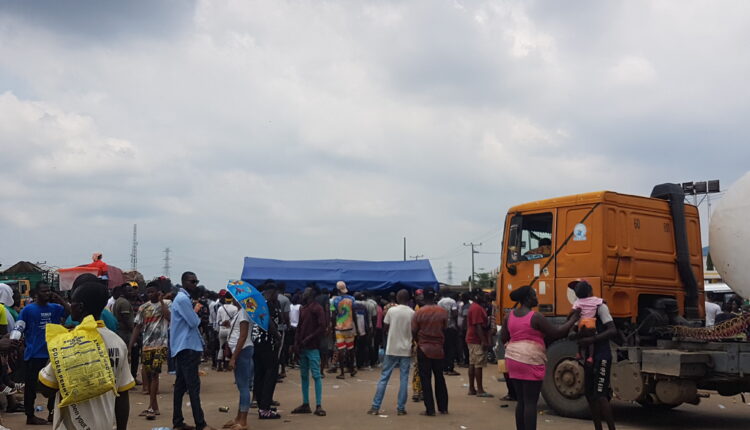 Motorists and commuters were on Tuesday thrown into confusion after seas of youth returned to Lagos-Ibadan Expressway and mounted roadblocks at strategic locations, extorting road users under the guise of protesting against police brutality and bad governance.

Contrary to sincerity of demonstrations by youths seeking police reformation and outright scrapping of Special Anti-Robbery Squad (SARS) unit of Nigeria Police Force, the hoodlums from Berger inward Mowe-Ibafo end of the road resort to extorting road users amidst fanfare.

Unperturbed by inconveniences road users are being subjected to, the hoodlums danced to tunes blasting from speakers mounted on the highways and drinking from different bottles of alcohol while commuters groan in silence with helplessness written on their faces.

The festivity and fanfare seen by our correspondence was synonymous to end of year activities which could be said to have come early for the hoodlums lording it over travellers by exploiting all avenues to make money and merry through making life unbearable for other Nigerians on claims of seeking police reformation and end to bad governance. 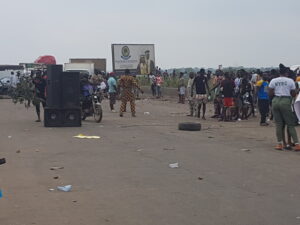