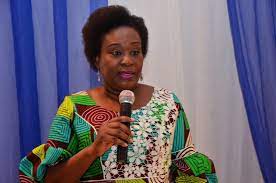 The move made by the Federal Government was said to be necessary as regards the digitalization of activities and the work industries which the civil service must take advantage of rather than lagging behind.

While inaugurating a new IT Training Centre at the Presidential Villa in Abuja, the Head of Civil Service of the Federation (HoCSF), Folashade Yemi-Esan, made the announcement and warned that staff members who failed to avail themselves with digital skills would be left behind.

Yemi-Esan commended the authorities for facilitating the setting up of the centre, noting that the decision would add to the digital skills of the State House workers.

In the same vein, the Permanent Secretary at the State House, Tijjani Umar, explained that the initiative was in tandem with the current efforts of the Federal Government to fast-track the implementation of Public Sector Reforms as enshrined in the Federal Civil Service Strategy and Implementation Plan (FCSSIP-2020).

According to Umar, the move is aimed at improving service delivery, drive innovation as well as productivity, among others in the civil service.

He said the establishment of the 20-seat expendable capacity ICT training centre was also given priority by the authorities in the State House to deepen delivery of core training programmes, computer-based examinations and others.

Umar recalled that a presidential approval of December 2005 established the pilot ICT offices in seven Ministries, Departments and Agencies (MDAs), including the State House.

“Since then, there has been no looking back in deepening ICT resources and infrastructure deployment in the State House,” he said