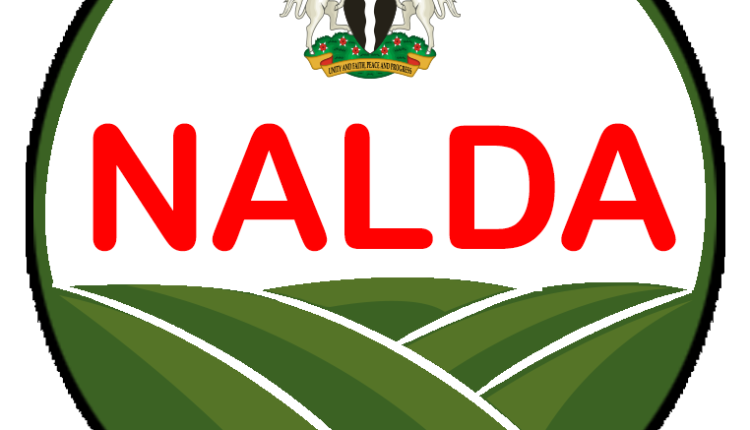 The farm estate, according to NALDA, was in line with government’s efforts to eradicate poverty, empower the youths and ensure food security, and it would comprise of different agricultural activities including fish farm, poultry, rabbit farm, maize farm, commodity market, residential areas and schools.

In an interactive session with the traditional leaders and youth of both communities, the Executive Secretary (ES) and chief executive officer of NALDA Paul Ikonne assured the people of a better and improved ways of doing agriculture which would in turn boost their income.

The ES addressed some issues and concerns raised by the indigenes as it relates to land, open grazing and availability of off takers.

In his response to some of their concerns, he said the government would ensure that all the infrastructures needed to make the Farm Estate an agricultural hub to reckon with would be put in place.

He said borehole have already been drilled to address the water needs of the farm, construction of access road and land clearing is already ongoing while calling on the indigenes to protect and guard the equipment from activities of vandals.

On the issue of open grazing by herders Ikonne said “We are going to work with Miyetti  Allah, they are doing their business but we would find a way to make sure that as they do their business, their business would not stop others from doing theirs, that won’t be an issue and I assure Ngor Okpalla people”

While explaining the project to the media, Prince Ikonne said NALDA was in the community to receive the land donated by the communities and to ensure that it is being put to use for their benefits.

“we are officially here to receive the 400 hectares of land donated by Ngor Okpalla people, also to assure them that the Federal government is here to empower the youth as directed by Mr. President through farming and the entire Agriculture value chain, I’m so happy to see that the two traditional rulers are working together in harmony with the entire community to see that this development takes place”

“This place is going to be the location for Imo Integrated Farm Estate, which would have poultry, fishery, goat pens, crop section and a housing unit and Ngor Okpalla is blessed to have this on their soil, we are happy to see their support for Mr. President and to see that their youths are empowered through this place” he added

According to the ES, crop planting activities would commence on a section of the land when the  result of the soil test carried out on the soil is ready as NALDA is poised to make Ngor Okpalla a hub of maize production.

“Now that we are here, the next thing would be for crop planting activities to start, We have taken soil samples, NALDA believes in conducting soil test first to ascertain the nutrients that the soil requires before we put anything, so as soon as the result of the soil test comes out we would commence, we intend to make here a hub of maize production”

The NALDA boss noted that the farm would engage over one thousand youths in the community at the initial stage adding that the number would increase tremendously as the farm continues to develop and progress with time.

On his part, the Chairman of Ngor Okpalla Traditional Institution and Community Policing, His Royal Highness  Fred Nwachukwu said it is a privilege for his people to benefit from the agricultural revolution going on the country.

“We are very happy with the FG because we have been practicing  peasant farming but with NALDA with are being upgraded to agribusiness that is what we’re looking forward to, so that the migration from the local communities to towns will stop and looking for white collar job by our youth would also stop.”

The Traditional ruler of Umukabia community, His Royal Highness Eze Emmanuel Eke said he wishes that the project is sustained and hopes it grows into agro industries and many other things for the benefit the communities.