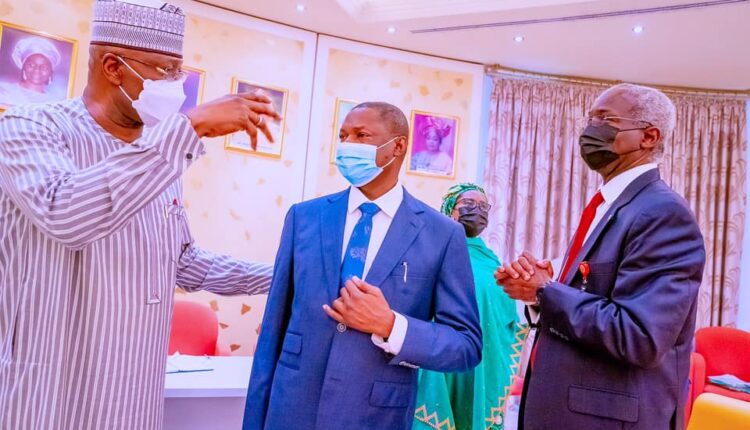 The Federal Executive Council (FEC) has approved N89.6 billion contracts for projects in two ministries including Works and Housing as well as that of Aviation aimed ensuring the administration consolidate on its infrastructural development drive across the country for the benefits of Nigerians.

As stated, the projects were subjected to thorough considerations and deliberations before the final approval was given by the FEC on Wednesday after President Muhammadu Buhari, announced the sacking of Ministers of Power, Saleh Mamman and his Agriculture and Rural Development counterpart, Sabo Nanono over alleged poor performance.

The Minister of Works and Housing, Babatunde Fashola (SAN) who briefed State House Correspondents after the week’s virtual FEC meeting presided over by Buhari at the Presidential Villa, Abuja, said that contract for the dualisation of the Odukpani-Itu-Ikot Ekpene Road was granted at the cost of N79.649 billion.

He explained that the approved contract is in relation to the section from Oku Iboku Power Plant to Abak, which is about 26 kilometres in length.

“The Ministry of Works and Housing presented the memorandum for the completion of the dualization of the Odukpani-Itu-Ikot Ekpene road. And this is in relation to the section from Oku Iboku Power Plant to Abak of about 26 kilometre stretch. Council approved the award to Messers Sematech Nigeria Ltd for N79.649 billion to be executed over 16 months.

“So, this will help complete the dualisation gaps between the one awarded to Julius Berger and the section awarded to CCECC. When this is done, motorists in that area will now have an option of the dual carriageway instead of the existing single carriageway.

“And this is in recognition of the heavy cargo that passes through that area from the south-south through to the north central, Benue through Katsina Ala through to the south east to Abia. It’s very important trade link for the country,” he said.

Just IN: Zamfara Govt. shuts down schools after students abduction