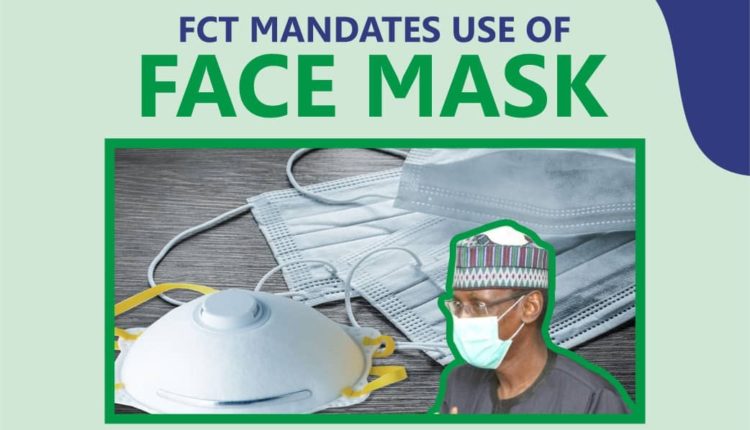 The decision came few hours after the FCT recorded 14 new coronavirus incidence cases, bringing its total number of confirmed cases to 133 and earning second-highest position behind Lagos, which recorded 582 patients.

The FCTA made the announcement through a post on its social media page on Friday, informing residents of the decision to enforce protective wear usage within the region.

The administration stated that the order would take immediate effect and said that use of protective face masks was henceforth mandatory for FCT residents.

The Federal Capital Territory Administration (FCTA) has ordered a mandatory use of face masks by residents of the territory. pic.twitter.com/stOj0MIjM6

US approves Ventilators, other coronavirus relief aids to Ecuador