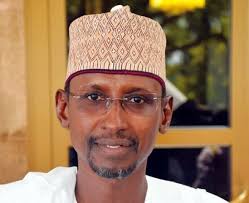 The Minister of the Federal Capital Territory (FCT), Muhammad Bello, has allocated a piece of land to the Nigerian National Petroleum Corporation (NNPC), saying that the site was designated to further the construction of a proposed medical facility in Abuja.

He said that the designated site was located in an area that fell within purview of the Abuja Master Plan Medical City Development Project and that it had been given with aim to aid the corporation in its drive to provide adequate hospital facilities for the FCT.

Bello confirmed the land offer during a courtesy visit to the Group Managing-Director, Mele Kyari, on Friday, saying that the FCT administration was assured that the corporation would fulfill its pledge and build a world-class medical center for Abuja residents.

“We have already identified a location, because within the Abuja Master Plan we have a Medical City Development Project which is in Phase 2 of the City on the Southern Sector. We have been able to allocate a suitable piece of land there for the NNPC and its partners. I have no doubt whatsoever, based on your antecedent as an astute corporate manager, that you are the right partner to execute this project,”

“We acknowledge the efforts of NNPC as a catalyst for development in Abuja and we felt that if an institution like NNPC is willing to set up a medical facility, we should give it maximum support”.

Bello commended the corporation boss for successfully rallying Oil and Gas Industry support in the nation’s fight against the global pandemic and added that Kyari had demonstrated sterling leadership skills since assumption of office.

The minister, who also visited the 70-bed NNPC medical facility in Utako region of the FCT, expressed satisfaction at the quality of the project and revealed that the hospital would be certified to handle coronavirus patients in the event that the pandemic persists.

In his response, the Managing-Director, Mele Kyari, assured the minister of NNPC’s commitment to ensuring the well being of its host communities, saying that the corporation was a responsible and proactive citizen of the region.

He disclosed that the move to construct a state-of-the-art medical center in the nation’s capital city was with aim to aid the FCT, and Nigeria in general, in the fight against the deadly Covid-19 outbreak and emphasized that the corporation had initiated the drive even before advent of the pandemic within the nation.

According to Kyari, the NNPC aspired to build infrastructure that would outlive the coronavirus pandemic and continue to bring value and succor to Nigerians.