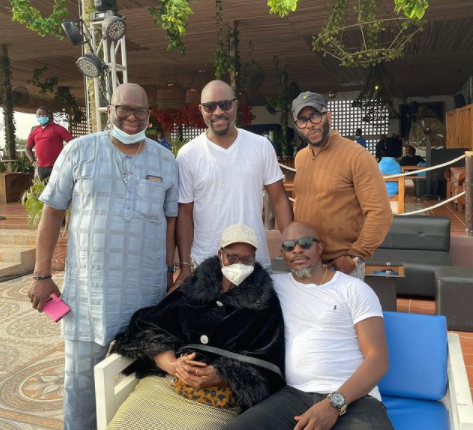 The mother of Ekiti State former governor, Victoria Fayose, and about four of the siblings were reported to have stormed a beach for prayers in Lagos State, seeking the Supreme Being intervention to address their challenges.

As gathered, the 82-year-old woman was seen sitting at the shallow part of the beach while her children excluding the former governor, who was not present, seeking God’s intervention on their life challenges.

It was learnt that the grand-mother and some of the children, Isaac Fayose, younger brother to the ex-governor, were at the Moist Royal beach and resort in Victoria Island axis of the state.

In the video and series of pictures obtained by The Guild, they were also seen wining and dining after the prayer session that lasted for several minutes with each of the participants cleansing their body with the water.

Speaking on the action, one of the prayer session participants, Isaac Fayose, said that the aim was to pray individually and collectively for the family to achieve all their aspirations.