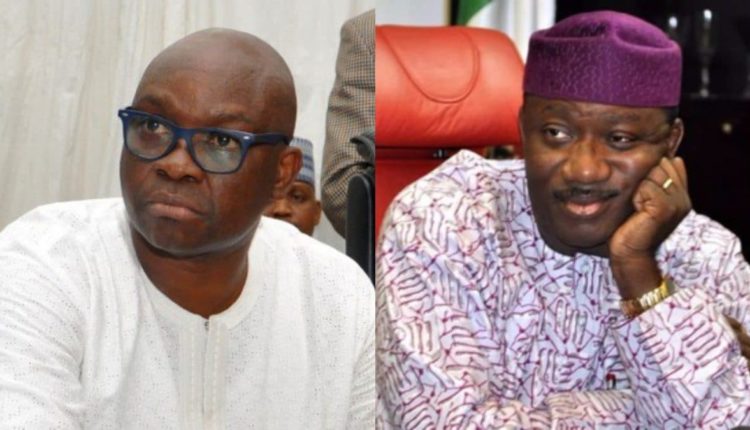 Former Governor of Ekiti State, Ayodele Fayose, has called on Governor Kayode Fayemi to do what he could not do for the workers in the state civil service by paying them their arrears of unpaid salaries and emoluments.

The Governor claimed the trend was caused by irregular payments of salaries and pensions by the immediate past administration of  Fayose.

“It is sad to reel out such a humongous figure because it can create panic for you and I. But let me say that we cannot pay everything in one fell swoop, but the 2019 promotion arrears will be given immediate attention while others will be defrayed by instalment.

Fayose said this after Fayemi told labour leaders on Tuesday that the workers in the state civil service were currently being owed N57billion as arrears of unpaid salaries and emoluments.

The former governor in a tweet he shared on Tuesday night via @GovAyoFayose, said: “I read without surprise & as usual @kfayemi usual brandishing of figures owed Ekiti workers & retirees by my administration. Without joining issues with him, rather than public service announcement, I enjoin him to pay the workers. Moreso he was “voted” for to do what I couldn’t do.”