How Abba Kyari, four others operate with drug traffickers 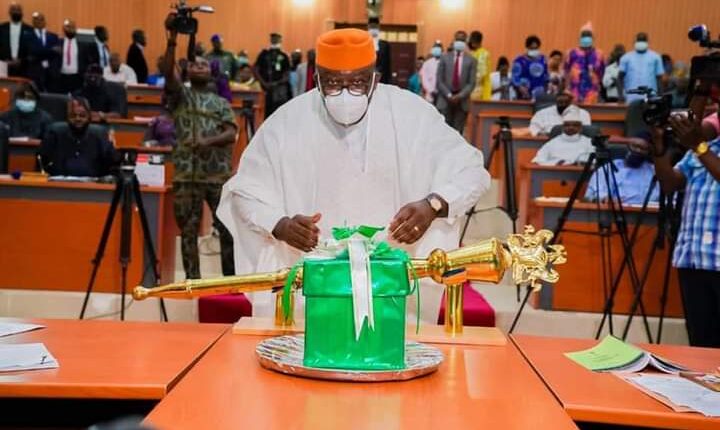 The Ekiti State Governor, Dr. Kayode Fayemi, has presented the 2021 proposed budget estimated at over N109 billion to the State House of Assembly for consideration and approval.

Fayemi, while presenting the budget at the State House of Assembly complex, added that the proposed budget for next year had over N57 billion as recurrent expenditure while the capital expenditure stood at over N51 billion.

At the presentation on Tuesday in Ado-Ekiti, the governor described the 2021 budget as “Budget of Recovery and Economic Restoration”, and that it was presented earlier to avoid possible delays ahead of next year.

He noted that the proposed budget contains policy thrust, programmes, and vision of the administration for next year, even as the governor assured efforts would be geared towards sourcing the needed resources to fund the budget without overburden the residents.

Disclosing details of the budget, the governor stated that a provision was made for a security project, Safe City project, and that the Regional Security Network, Amotekun, would be in full operation next year.

Aside from security, the Fayemi noted that the government, after evaluating the impact of COVID-19 on the health facilities, plans have been made to establish a Primary Healthcare Center in each of the 177 wards across the state.

The governor, while assuring that the government would continue to ensure all-inclusive governance in 2021, stated that efforts would be made to boost economic activities of the state.

According to him, work would continue on the cargo airport project next year and commence on the first phase of the Ring road project in Ado-Ekiti, the state capital.