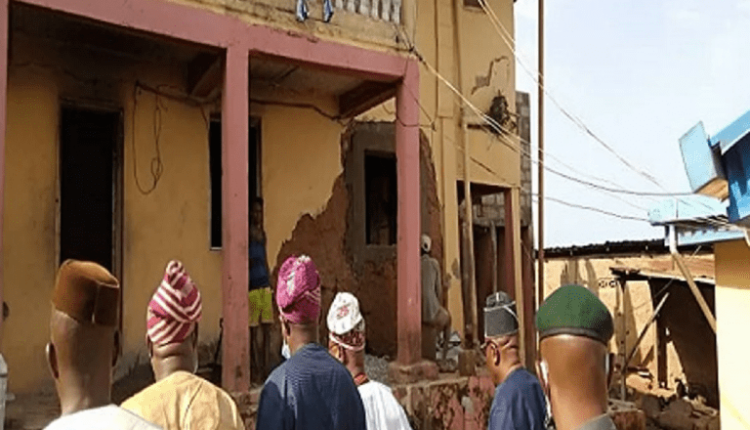 The Ekiti State Governor, Dr. Kayode Fayemi, has pledged the state government supports toward the reconstruction of the palace of Owa Ajero of Ijero Ekiti, Oba Ajewole Adebayo, which was destroyed during a fire incident.

Recall that the palace was gutted by fire on Tuesday with the inferno ravaging a section of Owa Ajero’s palace. The fire which started around 4 pm was said to have destroyed the entire rooms in the section of the palace called Abokoaye.

But, the Governor, who commiserated with the monarch over the destruction of part of his palace during a fire incident, stressed that plans are underway by the state government to support in rehabilitation of the place.

Fayemi, who was represented by his Chief of Staff, Biodun Omoleye, made an on the spot assessment of the damaged palace, assured him of government’s support in the transformation of the entire palace.

He said; “I hope and believe very soon, some help will come from the government to the palace of Ijero kingdom.

“It is our prayer that such an unfortunate incident will never happen again in this palace. We pray that this will be a stepping stone for the transformation of the entire palace,” he said.

Responding, Oba Ajewole expressed gratitude to the Governor for the visit and the planned support.

Oba Ajewole said he was thankful to God that the inferno did not take any life, even as he revealed that six children were evacuated from the building through the window during the fire outbreak.

“We thank God and pray that God will not allow us to witness such a disaster again,” the Monarch said.