JUST IN: My 2023 presidential election ambition will be… 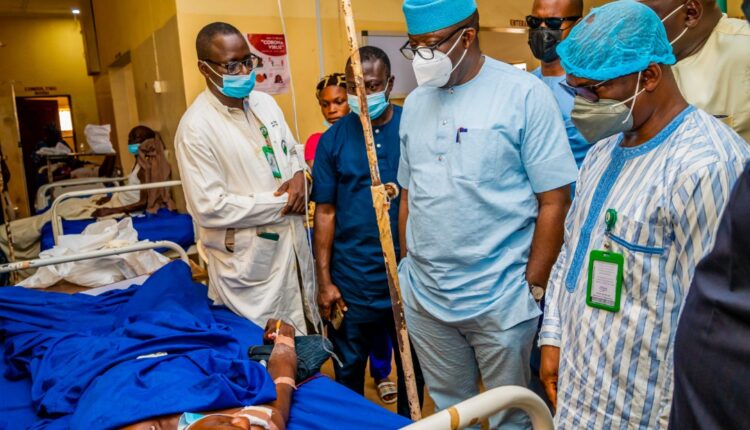 The Ekiti State Governor, Kayode Fayemi, has disclosed that combined security agencies effort has resulted in the arrest of suspects behind the violence in Saturday’s bye-election in Ekiti East Constituency 1 of the State House Assembly.

He added that the arrested suspects would be charged to court on Monday (tomorrow) to answer for their crimes in line with government commitment to ensure no one involved in the violence go unpunished.

Fayemi, who noted that the violence could not be divorced from the actions of over-ambitious politicians, enjoined politicians to desist from heating up the polity in preventing bloodshed.

The governor, who shared pictures from his visit to the persons affected by the violence on his social media page on Sunday, maintained that medical bills of the affected persons would be footed by the government and that arrangement would be made in supporting families of those who died during the incident.

“Today, I visited affected persons and families in Omuo-Ekiti following the mayhem that occurred during the botched Ekiti East Constituency 1 bye-election on Saturday. I also visited the palace of Olomuo of Omuo Ekiti as well as stakeholders in the opposition party.

“Since the beginning of this development, I have been in touch with the heads of all security agencies at the state level to investigate and apprehend the brigands responsible for this tragic assault on our democracy.

“As the chief security officer of our state, I have been briefed that the suspected perpetrators of the violence have been arrested. They would be taken to court on Monday and charged appropriately. The peace of our land is not negotiable.

“As I have consistently maintained, nobody’s ambition is worth the blood of any Nigerian. Political leaders must moderate the excesses of supporters, and not condone any criminal elements in our midst.

“Ekiti is ours to build together. Despite our diverse party affiliations, we must work together to protect and defend the sanctity of the electoral process and secure lives and property during elections. This is a bi-partisan imperative that we must achieve together.”