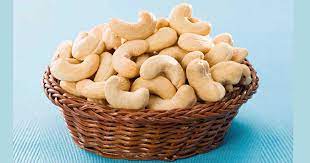 Cashew farmers under the aegis of the National Cashew Association of Nigeria (NCAN), have called for increase in the  funding of cashew farmers  to improve productivity of the crop.

They believe cashew has high potential for profitability but  that they have  challenge in accessing funds for startups, expansion processing and exports.

The group’s Secretary-General, Sotonye Anga made the call in a chat with a news agency reporter  on Tuesday in Lagos.

He said:  “Cashew farming and processing is a lucrative business in Nigeria. It has been on even before Independence. It dates back to 1958.

“For over five decades, cashew has turned out to be relevant in revenue generation, reduction of unemployment and a major contributor to Economic diversification.

“Like every business, cashew has a lot of challenges. Across the cashew value chain, the major challenge is the access to finance.

“Access to finance affects every aspect and the cashew business from farming to harvesting, processing and exports.

“We also have the challenge of accessing funds, a lot of people that go into cashew business or want to extend their farms do not have access to finance.

“We also need to address the high interest rates for cashew as it has to be single digit.”

Anga  noted that the planting of cashew trees in Nigeria was originally to curb erosion owing to its complex root system, but  cashew trade has expanded so much in recent times that it is being referred to as the ‘Green Gold’ of agriculture in the country.

“When cashew business started, it was primarily to checkmate erosion in the country. It was an answer for erosion because of its extensive root system. Its root system goes deep into the soil and compacts it.

Cashew tree becomes your first plan of defense against erosion. Curbing erosion was the major problem cashew came to solve.

“Initially, we only consumed cashew as a fruit and we discarded the nuts. Finally, we got to understand that we could sell the nuts, hence the beginning of cashew nuts exports.

“As the business became lucrative, more people started coming into the business, hence,  its popularity as “green gold” of agriculture,” he said.

Anga also listed the benefits of cashew as he encouraged constant consumption of its nuts.

“Cashew is low in sugar and rich in fibre, the fat in cashew is healthy and heart friendly. It contains copper and magnesium and is beneficial to human health.”

According to him, people prefer cashew nuts to other nuts because of its benefits. It is the preferred nut,” the expert said.