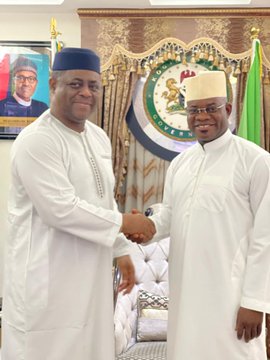 As gathered, Fani-Kayode, a stalwart of the Peoples Democratic Party (PDP), was already making moves to abandon the party for the ruling APC, which had been in power since 2015 after President Muhammadu Buhari defeated the incumbent leader of the country, Goodluck Jonathan,

The former minister, who had been a major critic of the ruling party’s policies and programmes, was said to have discussed with the Bello and other APC top members on modalities to switch allegiance to the APC.

Confirming the meeting, Fani-Kayode, in a statement released on Monday through his official social media handle, said that the meeting afforded him the opportunities to discuss with Bello, who he described as a friend and brother, on the way forward for Nigeria.

He said: “It was an honor and pleasure to receive Senator Smart Adeyemi in my Abuja home. We had a wonderful evening & fruitful discussions about the way forward for our country. He is one of the most brilliant, insightful, and incisive leaders in the country and he is certainly going places. 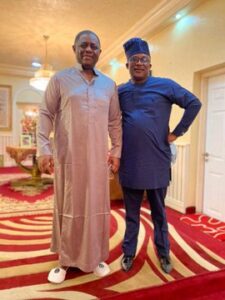 “It was an honor to have spent quality time with my friend and brother Gov. Yahaya Bello of Kogi state last night. We had a frank, candid, fruitful, and productive discussion about the way forward for our country. This is a clear case of politics without bitterness of building bridges. This is a time that we as Nigerians must all come together as one to save our country,” the former minister added.

Fani-Kayode and the APC stalwarts came as the party stepped up its ongoing registration for new members and revitalisation for old members of the party created after different political parties including the Action Congress of Nigeria (ACN), the Congress for Progressive Change (CPC), the All Nigeria Peoples Party (ANPP), a faction of the All Progressives Grand Alliance (APGA), merged to rival PDP.