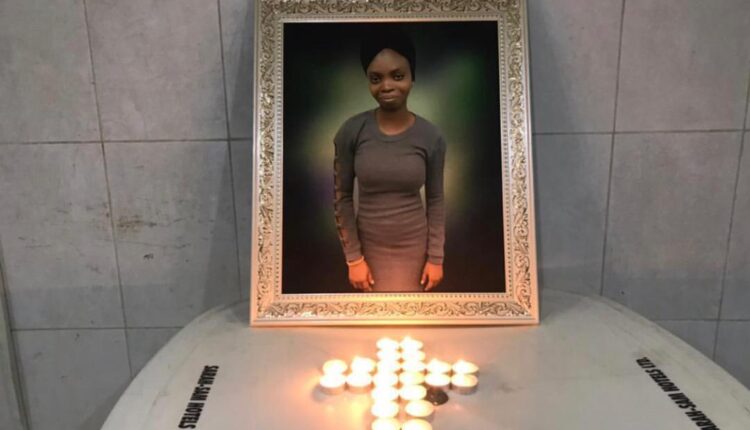 Barely three weeks after a 25-year-old salesgirl, Jumoke Oyeleke, was killed by a stray bullet during Yoruba Nation rally in Ojota axis of Lagos State, family members, friends and the agitators for Southwest secession have gathered to hold a candlelight service for the deceased trader in the state.

In a teary moment, they all eulogise the deceased and demand that justice must be done to ensure that the perpetrators of the act pay for their actions that resulted in the death of the lady.

The small group, who gathered at a church in Ojota on Friday for a candlelight service in her honour and to demand justice, took turns to eulogies the lady during an event sponsored by a charity organisation, Remnant Count.

Jumoke, who was working as an attendant at a shop, was killed by a stray bullet fired by one of the Police deployed by the Commissioner of Police, Lagos Command, Hakeem Odumsou, to prevent demonstrators from holding a rally on July 3 at the Gani Fawehinmi Park, Ojota. 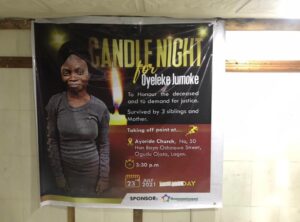 One of the speakers at the event was a human rights activist, identified as Dabira, who had stayed close to the family since the incident, claimed that the deceased was not a protester and that she was not dead before the demonstration commenced.

She further debunked the claims by the law enforcement officers that the deceased was not in any way closer to the scene, saying Jumoke was not a protester, Jumoke was not an activist. She was just a girl that was struggling to ensure that food was put on the table of her three siblings and her sick mom.

Amid tears, her younger sister, Olaitan, narrated how the deceased used to help the family financially, cook for her siblings and see to their needs before and after returning from work.

Jumoke’s immediate younger sister also narrated how her elder sister promised to organise a birthday party for her before her untimely demise earlier in the month.