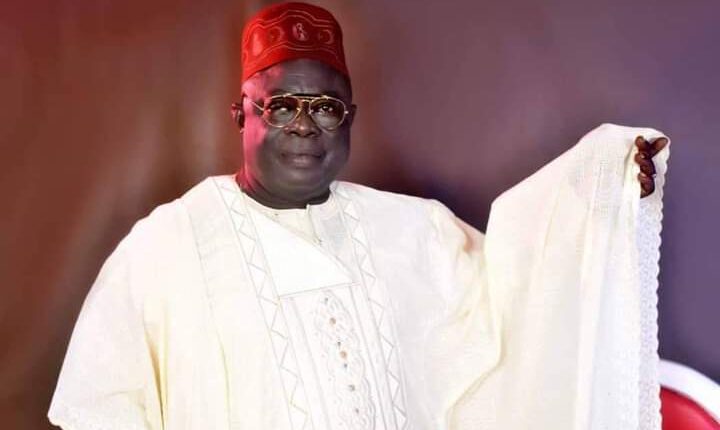 Ojora-Adejiyan was buried in accordance with Islamic rites by the family and others that accompanied his body to the popular Abari Cemetery in Lagos Island axis of the state.

The burial, which was conducted barely 24 hours after medical experts at the St. Nicholas Hospital in Lagos Island, pronounced the 62-year-old dead after a brief illness, was said to have been carried at about 4 pm.

A staff of the council, who spoke to The Guild on Saturday, said that the deceased vice-chairman’s corpse was committed to mother earth yesterday (Friday) as stipulated in Islamic tenets.

He noted that the clerics at the cemetery prayed to almighty Allah for protection and guidance for the Ojora-Adejiyan’s family, staff, and political associates of the deceased politician.

Earlier while confirming the demise of Ojora-Adejiyan, the Chairman of Ifelodun LCDA, Olufemi Okeowo, described his death as a great loss, not to his family alone, but to everyone in the council.

In a condolence message to the deceased family that was signed by his Chief Press Secretary, Kamaldeen Abdulsalam, the council chairman eulogized Lateef Ojora-Adejiyan for living an exemplary life that was dictated to humanitarian service.

Parts of the letter reads: “With pains in our hearts, The Executive Chairman, Ifelodun Local Council Development Area, Mayor Olufemi Akanbi Okeowo, on behalf of Management and Members of staff of Ifelodun LCDA, announces the death of our Vice Chairman, Hon Lateef Ojora-Adejiyan, and condoles with the Ojora-Adejiyan family as well as the people of Ifelodun LCDA over his death.

“Hon Lateef lived a life worthy of emulation by all. He was a fatherly figure whose lifestyle affected a lot of people positively”.

“Hon Lateef Ojora-Adejiyan served Ifelodun LCDA meritoriously as Vice-Chairman under the first time administration of the immediate past government and also a one-time Supervisor for Works and will be remembered for his humility and leadership style. It is our prayer that his family finds the strength to cope with this loss.

“Hon Lateef, aged 62, died in the late hours of December 23rd, 2021 in the St. Nicholas Hospital, Lagos after a brief illness. We pray that may Allah grant his repose soul eternal rest in Jannatul Firdaus-Amin”.