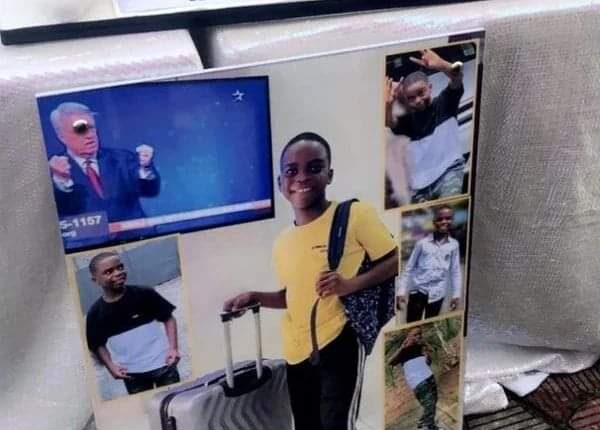 As Nigerians await the outcome of the ongoing investigation on circumstances surrounding the death of Dowen College Student, Sylvester Oromoni Jr, members of the former student’s family gathered to celebrate his 12th posthumous birthday.

In accordance with the wish of the deceased, whose dream was to be a pilot, the family and relatives of the Oromoni cut a cake in honour of the teenager who was said to have been allegedly killed by his fellow student in the school dormitory.

The 12th posthumous birthday for the deceased, a nephew of the current deputy governor of Delta State, Kingsley Otuaro, was held on Saturday with the cutting of cakes and other activities.

As promised by the deceased student’s father, the birthday was held to further assure the former student that they would be pursuing the case and ensure he gets justice.

To mark the deceased student’s birthday, the deputy governor pen an emotional letter, describing how the world would miss his ingenuity and his vision for the country’s aviation sector.

“It is with a sense of deep shock that I receive the news of the unexpected death of my cute, exceptionally precocious, and brilliant nephew Sylvester Oromon Jnr. Your sudden death by means ostensibly callous addresses the palid state of instructional and oversight functions of our nations educational Institutes.

“No parent would knowingly bring his ward to a massive crime scene as the Dowen college Lagos has become. Losing a child is not easy for any parent but to lose an absolutely gorgeous, organic, and original trendsetter of a child in such bizarre, unsolicited and hostile way is contemplation that will take forever to abate.

“Your exceptionality is reflected in the fact that in just a few hours after your death, you had gained tens of millions of responders nationwide and in the diaspora who are asking questions on what usually could have been swept under the carpet but even in death, you fought to resist their intendment.

“Your death has unravelled the dark sides that subsist in our many educational Institutes across the length and breadth of this nation. Who would have known that on your 12th birthday today you would not be visited by your parents to share in your joys and to get a laugh out of you in what would have turned to be a memorable moment.

“Your childhood has been amazing. Your work and learning ethic, infinite curiosity, and optimism never wavered. Your upbringing could not have made it possible for you to succumb to any brutal threat to be inducted into values and worldviews that are unknown to your faith. We were awestruck by sitings of you through many social media handles of the excruciating pains you were in, which could have perhaps been escalated by internal bleeding from your organs.

“Nevertheless, we have so many wonderful memories of your contributions to family, and whether you knew it or not we have been watching, learning and constantly motivated by your interest in the Bible and your loving passion for Jesus with whom your soul has gone repose. You never ever spoke ill of anyone and I defy anyone who knew you to say anything negative about you. We compare you to a special child because that is the comparison you invite and have earned. Your character reveals your love, your tears, your triumphs, and your resilience.

“While we would not want to immediately interfere with the ongoing investigation of your death, we only wish to assure you that we are following up every lead and trail of the conversation and information you provided on your killers before you passed. We will hold to your statement as a testament of affirmation of a victimised witness.

“In Death you are still setting the bar higher and we only pray that the Almighty God comfort your parents and siblings with the comfort wherewith we ourselves are comforted of God. Rest in peace and rise in power Sylvester Jnr. !!!” 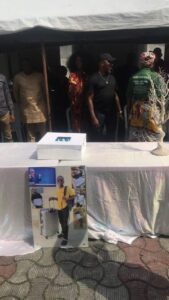 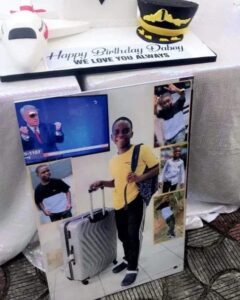 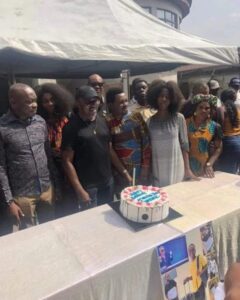 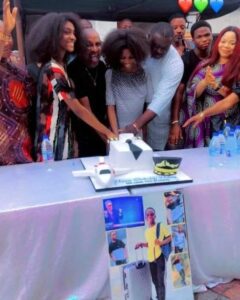 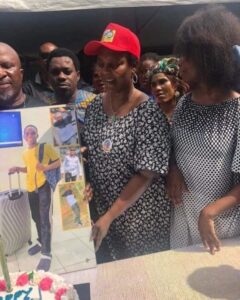