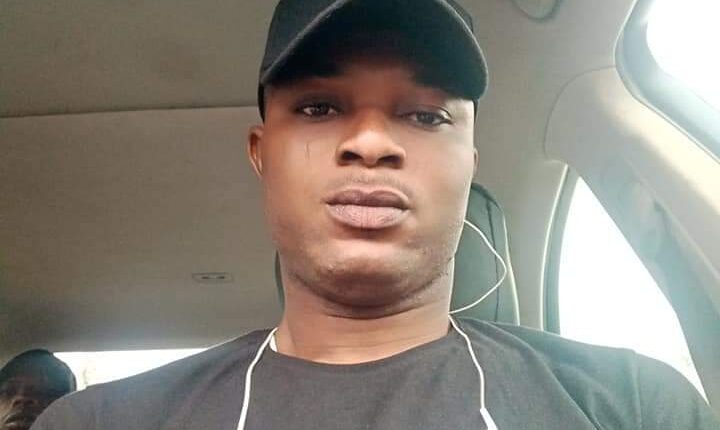 During the burial rites, tears and tributes continued to rain from residents and Muslims that expressed sadness on his murder and stressed that Dauda would be missed particularly for his contribution to the Iree town.

The deceased was laid to rest in accordance with Islamic rites on Friday at the Muslim Burialground in Iree, barely 24 hours after the armed men killed him in order to have easy operations across the town.

After the burial rites, the sympathizers appealed that the perpetrators of the heinous act be prosecuted and that the government should compensate the family of the deceased law enforcement officer.

One of the residents, Abayomi Ariyoosun, wrote on his social media account: “After that unfortunate robbery attack I lost a dear friend. RIP Aladeokin Jelil Kayode. You’re such a good friend and a reliable Police officer, I will miss you Ore. May your soul be at peace in the hereafter Aamin”.

Earlier on Friday during a press briefing in Oshogbo, the state capital, the Police Public Relations Officer (PPRO) for Osun Command, Yemisi Opalola, identified Jelili as a Police Special Constabulary and that four civilians that sustained varying degrees of injuries were currently receiving treatment in a hospital.

The police spokesperson further disclosed that four vehicles belonging to the armed robbers have been recovered and the law enforcement officers were currently on the trail of the perpetrators.

Aside from the vehicles, Opalola said that ammunition was recovered from the robbers that launched an attack on Access Bank and United Bank for Africa (UBA) simultaneously yesterday.

The spokesperson explained that ammunition and vehicles were abandoned by the robbers after policemen comprising Commissioner of Police Surveillance team, Anti-Kidnapping, STS, 39 PMF, JTF along with local security outfits promptly engaged them in a fierce gun duel took to a flight.

While disclosing that the criminals fled into the bush with bullet wounds, Opalola noted that the Police, jointly with local security outfits have been combing the bushes in a bid to arrest the robbers.

According to the PPRO, the armed robbers numbering about twenty (20) came in commando-like style with about 4 vehicles and simultaneously attacked Iree Divisional Police Headquarters with explosives and several gun firing in an attempt to disorganize, incapacitate and destabilize the police who were in a fierce gun battle with them while robbing the two banks simultaneously. The attempt to attack the Police Division Armoury was repelled and thereby unfruitful.

“The Commissioner of Police CP Olawale Olokode, psc therefore enjoins good people of the State to cooperate and collaborate with the Police by giving prompt and useful information to nip in the bud all criminal activities before happening as the saying that ‘Prevention is better than cure’. The CP appeals to members of the public to inform the Police of any suspected person or persons with gun/bullet wound”, she added.