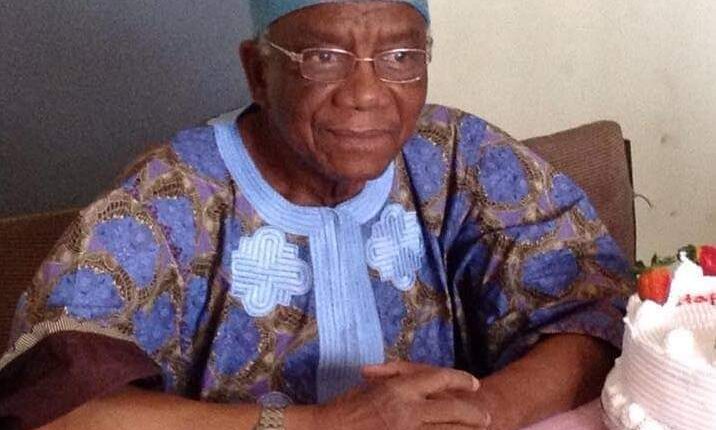 The Lagos State University School of Transport and Logistics (LASUSOT), pioneer Dean, Dr. Tajudeen Bawa – Allah, has been laid to rest after passing on at the age of 80.

The former lecturer, who died after a brief illness, was laid to rest in accordance with Islamic rites and was witnessed by dozens of senior academics and members of his family.

LASUSOT pioneer dean was committed to mother earth yesterday at about 4:00p.m, according to Islamic rites at Ikoyi Private Cemetery hours after he was pronounced dead by medical experts.

Commiserating with the deceased family, LASU Vice-Chancellor, Prof. Ibiyemi Olatunji – Bello, described the late Bawa-Allah as a great pillar at the University School of Transport and Logistics, an esteemed philanthropist, an indefatigable academic, and an elder statesman.

Olatunji – Bello stated these through a statement released by the tertiary institution on its official social media handle on Sunday.

The statement reads: “It is with a heavy heart that the Vice-Chancellor, Prof. Ibiyemi Ibilola Olatunji – Bello, announces the demise of the pioneer Dean, Lagos State University School of Transport and Logistics (LASUSOT), Dr. Tajudeen Olukayode Bawa – Allah whose sad incident occurred in the early hours of today – Saturday, 18th December 2021. He was aged 80years.

“The Vice-Chancellor on behalf of the Members of the University Governing Council, the Senate, Management, Staff, and students of the University commiserates with the families of Nurudeen Disu Bawa – Allah, friends, associates, and in particular, the University School of Transport at this period of grief.

“The Vice-Chancellor described the late Bawa – Allah as a great pillar at the University School of Transport and Logistics, an esteemed philanthropist, an indefatigable academic, and an elder statesman”.