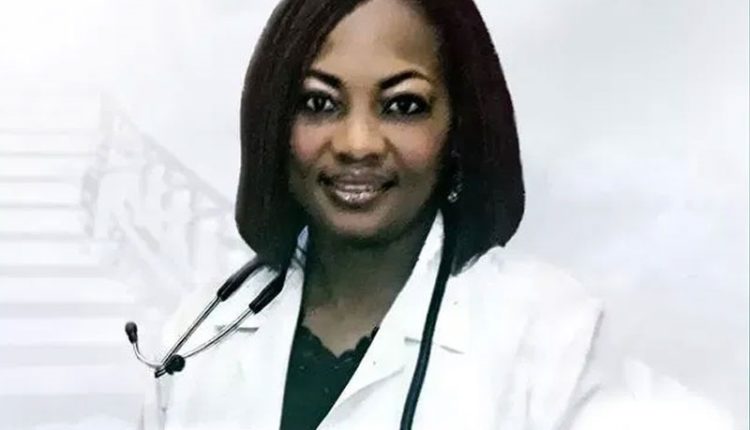 Stella Adadevoh, the Nigerian heroic doctor, credited for halting the spread of Ebola virus disease (EVD) in Nigeria by paying the ultimate price, is yet to be given a national award by the Federal Government of Nigeria. Many individuals and corporate organisations have awarded the late doctor, calling on the government to do the same.

In 2014, a few months after Adadevoh paid the ultimate price, the Goodluck Jonathan-led administration released the 2014 National Honors Award which had more than 300 names — excluding Adadevoh.

Though President Buhari in June 2019, presented Mr. Bankole Cardoso, on behalf of his mother, the late Dr. Stella Adadevoh with the posthumous ECOWAS Award of Excellence but she is yet to get a national honour instituted by the National Honors Act conferred on those who have rendered selfless service to the country.

Why is Adadevoh deserving of the award?

Dr. Adadevoh exemplified a strong act of bravery by timely placing American-Liberian, Patrick Sawyer who was the first identified carrier of the Ebola virus, on quarantine at the First Consultant Hospital in Lagos.

Despite pressures from the Liberian ambassador who insisted that the Late Sawyer be released to attend a scheduled business conference in Calabar, Dr, Adadevoh stood her ground-based on greater public good.

She was instrumental in providing staff with information about the virus by procuring protective gear after which she reached out to the relevant officials. And this was at a time when doctors in the public sector were on national strike.

It was with the help of her report that the Nigerian Government declared the Ebola epidemic a National Public Health Emergency, after which the Nigerian Ministry of Health set up an Ebola Emergency Operations Centre.

As part of her national contributions in the health sector, In 2012, Dr Stella Adadevoh was the first to alert the Nigerian Ministry of Health when Swine flu, known as H1NI spread to Nigeria.

Why was she not awarded by the Goodluck Jonathan administration?

Following heavy backlash from Nigerians, Doyin Okupe, the Senior Special Adviser to Former President Jonathan argued that  Adedavoh couldn’t be honoured posthumously because it was against the National Honours Act.

By June 2019, President Buhari conferred posthumous national honours on late Moshood Abiola, winner of the annulled 1993 general elections and rights advocate, late Gani Fawehinmi. Abiola received the highest award, GCFR, while Mr Fawehinmi bagged the GCON. This move signals that the federal government may be able to give the awards posthumously.

What does the law actually say?

According to the National Honours Act, to be awarded, the bearer must be “a citizen of Nigeria” and should receive “from the President in person, at an investiture held for the purpose”. This is contained in section I, article 3, paragraph 2 of the act.

Based on these articles, it may seem safe to say that Doyin Okupe’s defence of the Jonathan administration was accurate.

However,  the law also says that “If in the case of any person, it appears to the President expedient to dispense with the requirements of paragraph (2) of this article, he may direct that that person shall be appointed to the rank in question in such a manner as may be specified in the direction”.

Going by the paragraph, the president has the power to “dispense with” the part of the law, which states that the awardee, must receive the honour in person. This was the power employed by the president in conferring national honours on Late Gani Fawehinmi and MKO Abiola in 2019.

Going by the section I, article 3, paragraph 3 of the act, the president has the power to wave paragraph 2 and confer national honours on the late Adadevoh.

Lanre Olagunju is a Lagos based fact Checker. He is @Lanre_Olagunju on Twitter.