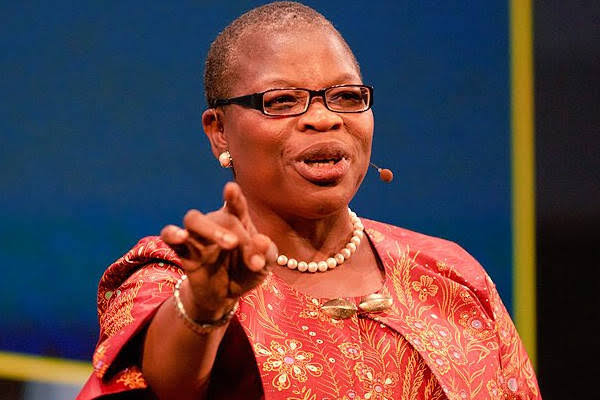 Former Education Minister, Oby Ezekwezili, has attributed the rising kidnapping, indiscriminate killings among insecurity challenges being witnessed in the country to alleged connivance of all tiers of governments with perpetrators of the heinous crimes.

She alleged that the maladministration and glarring incompetence of the governments, among other factors were particularly empowering the terrorists to carry on since there was no one to checkmate their activities and bring them to justice.

Ezekwesili also alleged that there was an hidden relationship between the terrorists and governments across board in ensuring that Nigeria was no longer liveable for ordinary citizens, who she said, are at the mercy of the criminals and governments incompetence.

Through a post on her social media page on Friday, the former minister regretted that the absence of capable hands at all tiers of governments has ensured and nurtured the kidnapping industry to a flourishing stage.

“There’s now an industry of abduction flourishing on basic market principles of demand and supply. It is enabled by a strange incestuous relationship between government and abductors. Folks in Federal and State Governments are throwing this friendship in faces of Citizens. SHAME,” Ezekwesili wrote on her social media page.

Furthermore, she alleged that the deliberate attempt to rebrand the terrorists as mere bandits was a testament to the governments complicity on the state of insecurity across the country.

“They were deliberate in coercing the Media to support their Rebranding of Terrorists as “Bandits”. Yesterday, I read that a Governor of Zamfara said, “Bandits deserve sympathy from Nigerians”. A man whose people are being killed daily by his rebranded terrorists,” she added.

The former minister outburst may not be unconnected to the recent abduction of 27 students, three staff and 12 members of an unidentified family in Niger State on Wednesday.

One student was reported to have been killed when the gunmen stormed the Government Science College, Kagara, in Rafi Local Government, Niger State.

The gunmen, the Guild learnt, stormed the school sited along Kaduna-Birnin Gwari-Kagara Road, Kagara at about 2 a.m on Wednesday and picked the students away from their learning center.

It was learnt that before the attack, the gunmen had infiltrated the school, resuming with other students in the school uniform to bypass the security at the entrance.

It was gathered that the gunmen began the attack from the staff quarters and ended the operations at the students’ hostels, where they left with the abducted victims.