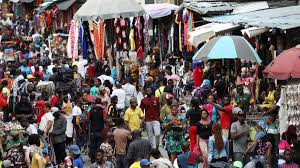 Some experts have called on the government to rejig the nation’s economic architecture in order to reverse high inflation rate and other negative economic indices.

The experts, including Professor Lanre Olaniyan of the Department of Economics, University of Ibadan, and Tope Fasua, also an economist, spoke with agency reporters in separate interview while reacting to the latest inflation figures.

Olaniyan said it could take up to the third quarter of the year (Q3) 2021 before the nation’s economic growth would become positive.

The National Bureau of Statistics (NBS) had in its Consumer Price Index (CPI), January 2021 report revealed that inflation rate increased to 16.47 per cent in January.

The report also revealed that composite food index stood at 20.57 per cent in January compared to 19.56 per cent in December.

The NBS said the rise was caused by the increases in prices of bread and cereals, potatoes, yam and other tubers, meat, fruits, vegetable, fish, oils and fat.

On the heels of this, Olaniyan said the economy might not rebound until Q3.

He explained that the economy was highly import-dependent and insecurity was a major drawback to economic development.

“Synergy between monetary and fiscal policies is still good but needs to be strengthened.  Al though, interest rates had crashed, the transmission mechanism to credit is till slow as the lending rates are still high.

“This, coupled with insecurity, is negatively affecting agriculture production, which is becoming a major driver of the country’s economic growth,” he said.

He said the continuous rise in inflation was expected, especially given the fact that the country was currently experiencing a recession, coupled with high unemployment.

Olaniyan also attributed the hike in inflation to the effects of the COVID-19 pandemic.

“The rural inflation, we are in the dry season; meaning that food production is reduced, but we expect rural inflation to reduce as we move to the rainy season.

“It should also be noted that there was a slight increase in petrol price, so all these combined to fuel inflation,” Olaniyan said.