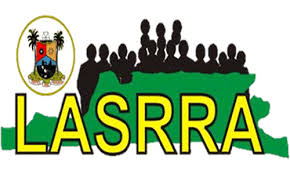 This year’s revenue target for the agency, N6,75 billion, has been considered by former staff of LASRRA as very high due to service rendered in the state, which is registering Nigerians that have decided to remain within Lagos.

After passing the budget on the last day of last year, it was not clear reasons that informed the Governor Babajide Sanwo-Olu’s administrations choice for the increment in revenue target by over 200 percent.

In an interaction with a former senior staff in the agency, who served in LASRRA at inception, explained that the responsibility of LASRRA was solely for registration of residents in the state.

Another civil servant, who had been redeployed to another ministry, disclosed that the only source of income for the agency was Card Replacement fee.

According to him, this is the money anyone who misplaces his LASRRA card pays to the agency before receiving another.

He added: “Anyone that approach the agency for card replacement will be directed to fill a form and pay N500 to the bank before he would be issued another LASRRA card”.

To ascertain if card replacement few was the only source of income for LASRRA, our correspondent visited the agency’s website where it was disclosed that main essence of its establishment in 2011 to create a reliable database of all residents and establish the relevant infrastructure for the creation of a residents information database for the state.

It added: LASRRA will “produce guidelines for data to be contained in the registration form and advice the government on mode of collecting data from the public”.

“The data collected and collated by the Agency with the residency card issued would provide for a reliable method of authenticating and identifying residents. It will likewise avail the e-services facilities provided by the State.

“LASRRA has the potential to address key challenges facing e-government and other initiatives. Various e-government initiatives have been enabled to collect electronic data and each operates autonomous of each other. To provide a more accurate picture for government policies and planning, a link must be established between these various stores of data”, the agency added.