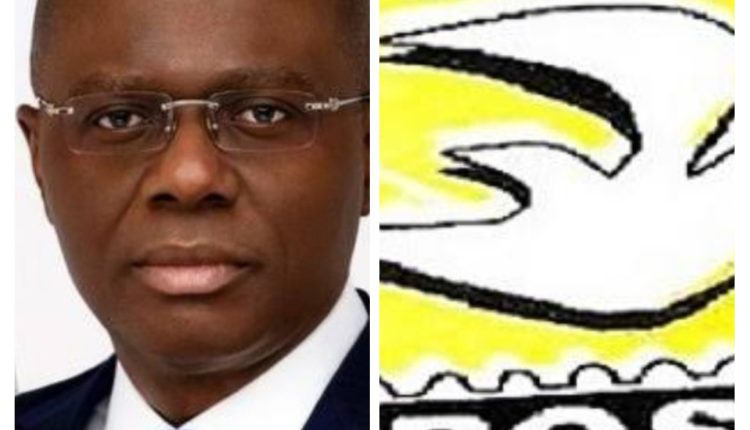 The Lagos State Government and Post Master General, Nigerian Postal Service (NIPOST), have agreed to create another category of operation for courier services that were not captured in the previous modes of operations set by the postal agency.

Both parties reached conclusion to create another category of courier service operators weeks after operators in Lagos raised objections to the operational modalities set by NIPOST as well as registration and annual license renewal fee pegged by the agency which was considered very high by starts-ups courier services in the state.

Investigation conducted by The Guild revealed that the two categories of operation earlier set by NIPOST was International, which caters for courier operators that send parcels from the country to other countries and National, the category for operators that have customers scattered across the country.

For courier service provider on the international category, NIPOST pegged their registration and license issuance at N10 million and placed annual renewal on N1.5 million while the operators on national category were mandated by NIPOST to pay N2 million as registration and pegged annual renewal fee at N300, 000, considering the class the operator belongs to.

These two categories, however, does not cater for small mail distribution and dispatch services operators that limited their activities to a single state and were said not to have the financial strength to obtain NIPOST license and renew their registration annually.

The operators, it was learned, had engaged the postal agency for several months and were unable to reach any meaningful conclusion on the need to add a new category of operators to the list recognised by the postal agency and which was why they seek Lagos state Governor, Babajide Sanwo-Olu’s intervention.

Sanwo-Olu was said to have instructed the Ministry of Transportation and other relevant agencies to meet with NIPOST officials and address the concerns raised by the operators in Lagos.

To address the challenges, an official in the ministry told our correspondent that representatives from Lagos state government and NIPOST, incompliance with physical distancing order of President Muhammadu Buhari, had a virtual meeting during the week where it was agreed that a third category should be created to cater for the small courier service operators that were considered using their business to reduce unemployment in the state.

The source added that during the meeting, it was accepted that the current license mode cannot be applied to operators on the third category and parties concluded that a suitable license fee which smaller business operators can afford should be worked out among stakeholders including the government to avoid another face-off in the sector.

Pending outcome of the new license fee, he noted that everyone agreed that the operators classified as the third-tier courier service providers should approach NIPOST with the firm’s letterhead and attach N20,000 worth of bank draft payable to the agency.