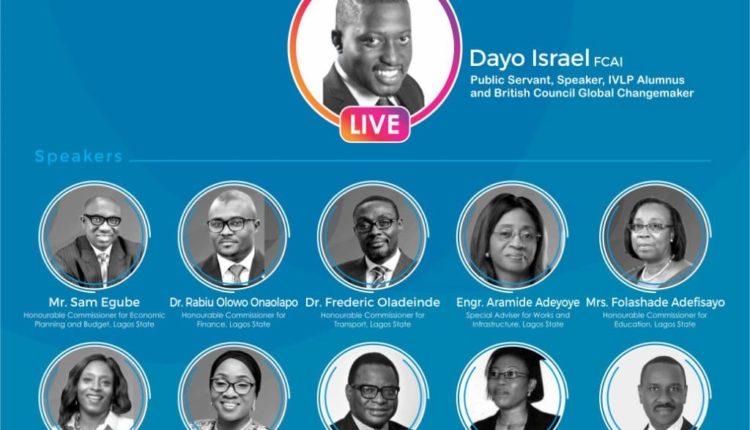 Share
By Monsuru Olowoopejo
Inspite of the coronavirus outbreak in Nigeria, the Lagos State Government, in an apt response to the current telecommunication challenges, has concluded plans to construct a 3000 broadband capacity to give residents better internet connectivity in the state.
Also, following the outbreak of the virus, the state government hinted that plans have been initiated to redesign and scale-up activities in general hospitals, the Infectious Disease Hospital (IDH), and Primary Healthcare Centres (PHC) to assist in the ongoing fight to gain control over coronavirus pandemic.
The Commissioner for Budget and Economic Planning, Sam Egube, disclosed the development while appearing on Covinspiration show that was moderated by a United Nation (UN) youth ambassador, Dayo Isreal, and organised to mark the first year in office of the state governor, Babajide Sanwo-Olu, on social media to avoid violation of physical distancing directives.
Egube, who hinted that the state’s first-quarter budget performed above 56 percent inspite of the global pandemic, said that the Lagos House of Assembly approved the executive proposal on construction 3000-kilometer broadband network to improve internet connectivity in the state.
According to him, With this approval, especially at this time, we believe that the Lagos State Unified Fibre Infrastructure and Connectivity project will create additional employment for residents in Information, Communication and Technology (ICT) sector.
It would be recalled that the lawmakers while approving the project which was part of the 6,000 kilometers Unified Fibre Infrastructure and Connectivity project, appealed that the governor enters into an agreement with Western Telecoms and Engineering Service Metro Ltd for the implementation of the contract in accordance with the Public-Private Law of the state.
On the plan for the health sector which has remained viable in the ongoing fight against COVID-19, the commissioner stated that the Sanwo-Olu administration aside from the plan on health infrastructures, the welfare of frontline health workers would continuously be improved upon to achieve the best for Lagos.

He said: “If we want to remain strong in the fight against Covid-19, we have to support the health sector aggressively. And part of that is to strengthen the state infectious disease centre because in time like this one need a research centre to detect novel things. Also, the welfare of health care workers will not be treated with kid gloves especially the payment of hazard allowance and others to encourage the health workers in the fight against coronavirus pandemic”.
On Education, Egube, while arguing that the sector remains one of the most affected since outbreak of coronavirus in the state, noted that the government has decided to trigger the trust fund in the sector to cover the milestone lost to the pandemic since it spread to Lagos.
Earlier, the host, Israel, who is also a member of the State Universal Basic Education Board (SUBEB), had disclosed that decision to host the cabinet members on CovInspiration (Online) show was to ensure that the annual tradition of the ministerial briefing, where cabinet members and heads of agencies render detailed accounts of how their office has been able to impact on Lagosians is sustained during COVID-19.

The SUBEB board member further disclosed that the novelty in the show was that it affords guests including the cabinet members the opportunity to stay within its comfort zone and speak with millions of viewers including those abroad on the plans the government has on improving the welfare of Lagos residents.