Exclusive: Lagos Govt. generates over N4bn through building penal fees, others in 2021 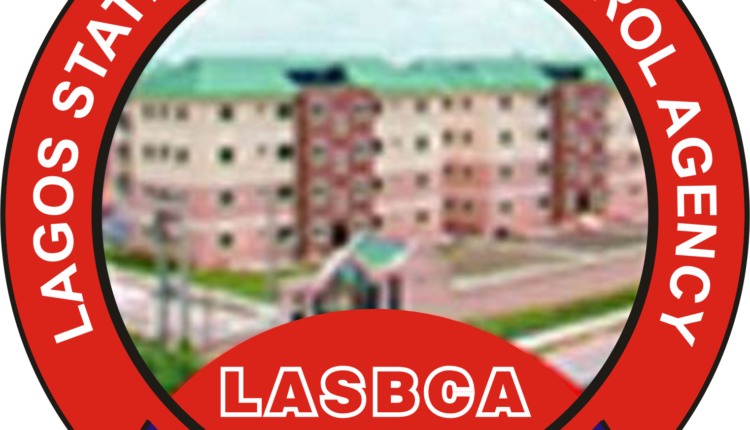 Non-compliance by owners of building projects under construction and that of completed ones to building construction laws in Lagos, the penal fee paid by these project owners for going against the state law has contributed hugely to N4,211, 666, 066. 59 generated into the Lagos State Government purse by its enforcement team, Lagos Building Control Agency (LASBCA), throughout 2021.

Besides, the generated revenue between January and December 2021, from project inspections expected to be carried out by LASBCA on buildings under construction as well as Certificate of Completion designed to be obtained by project owners upon completion, also contributed to the revenue generated across 20 Local Governments and Local Council Development Area (LCDAs) in the state.

The statistics on revenue generated from the agency were found in a document obtained by The Guild showing the revenue generated by officials of LASBCA while preventing buildings from collapsing and saving the state from chaotic situations whenever disaster occurs.

In the year under review, the statistics indicated that the agency commenced 2021 operations on a lighter note to ensure it surpasses revenue target, as well as ensured buildings, were prevented from collapsing unannounced and going beyond the state control.

A check on the document containing the record of the agency’s activities showed that the Lagos state government generated over N1.9 billion through penal fees in Eti-Osa Local Government from developers and property owners discovered to have gone against the structural plan in the axis.

The revenue generated was closely followed by Ikeja Local Government where over N347 million (N347,250,848.99) was paid into the coffers of Lagos government for the same offense while N271, 116, 947.85, was realised from Kosofe local government.

In Ibeju-Lekki council, property owners and developers also paid N217, 700, 645. 14 as penal fees into Lagos state government account for not adhering to the state-building control law.

The data also indicated about N93 million were received from none of the local governments, indicating that the generated revenue might have been realised from other offenses different from the usual building plan contraventions.

A further check on the document shows that the agency, while carrying outs its mandate across Lagos, in the month of July made over N518 million higher than N494,779,712 realised in June and over N444 million generated in September from penal fee and on other procedures introduced to make Lagos real estate the safest at least within sub-Saharan Africa.

Other months during which the agency exceeded the target include November in which it brought into the state government purse over N424 million and ensured that it ended the month of October with revenue that stood at N423, 874,566.

Aside from January and February during which the agency’s total revenue was slightly above N300 million, the other five months including March, April, May, August, and December gave Lagos N1,594,441,769 revenue in 2021 as indicated in the data.

Aside from putting revenue into the government purse, the agency also prevented the state from disaster by removing 60 identified distressed and dilapidated buildings across communities, so as to save Lagos from loss of lives and property as often witnessed in previous years.

Sources from Lagos state government, who spoke to The Guild on LASBCA activities, said that some of the strategies adopted by the agency in 2021 were to save lives and property that ruined whenever disasters’ relating to building occurs.

They said that the plan under the current administration drastically reduce the number of disasters experienced in 2021 compared to other years, though, the cases reduced in 2020 due to outbreaks of coronavirus and stay-at-home orders that lasted for several months.

One of the sources told our correspondent that the mandate given by the state governor, Babajide Sanwo-Olu, to LASBCA General Manager, Gbolahan Oki, after assumption of office in 2021 was that building disasters must be reduced and that his agency must be proactive in its preventive measures

He hinted that the governor’s mandate led to the introduction of several strategies including increasing monitoring of building construction across the state and enforcement on property that contravene the state building law and certificate of completion which was designed to be obtained by property owners upon completion of project without any contravention.

Another source at the Secretariat, Alausa in Ikeja, said that the agency increased the number of its districts from 35 to over 50 offices in order to effectively detect distressed structures and monitor building projects under construction across the state.

As part of its mandate, the agency, according to the source, extended its operations into the police barracks across Lagos where distressed as well as dilapidated buildings that were already constituting a threat to residents were identified and marked for demolition.

He said that actions on the buildings maybe carried out in 2022 once the governor gives approval upon conclusion of discussions with Nigerian police.

The source explained that the move was to safe police families and community from preventable disaster and that the state is waiting for go ahead from the police authority.

Another source stated that the agency, before the suspension of Oki after a 21 high-rise building collapsed in Ikoyi, had already been positioned its team to become effective and perform better in area of preventive measures in 2022.

Meanwhile, efforts by The Guild to speak to team members at LASBCA on their activities proved abortive as none of the officials were willing to share any information, with claims that they were not authorized to make comments regarding the agency’s operations.