We don’t believe our Pastor T.B Joshua can die- Synagogue… 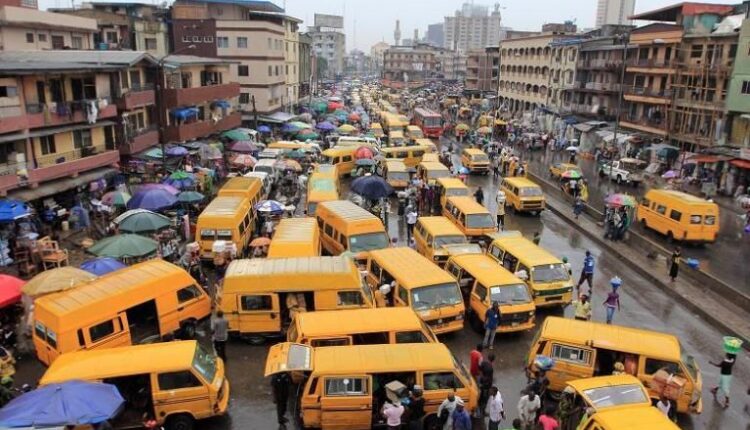 Should the Lagos State Government failed to intervene in the brewing crisis between commercial bus owners, drivers, and National Union of Road Transport Workers (NURTW) over increment in levies payable to unions and state government, Lagosians may have a tough time in moving around as the drivers may begin an indefinite strike across Lagos.

As gathered, plans have been concluded by the drivers to storm the streets and major roads in the state in protest against the 300% increment in levies and force any of their colleagues working during such times to drop off passengers and join the planned mass demonstrations.

The Guild reliably gathered that trouble started when the union, without prior notification or proper consultations with the commercial bus drivers and owners, increased the levy payable from bus-stop to bus-stop across the state, from N200 to N800 amid the dwindling economic fortune being experienced in the country.

The increment, our correspondent learnt, along with other levies payable to faction unions, was said to be the last stroke that broke the camel’s back for the drivers who had been groaning under the previous levies regime which they claimed was reaping them off and that such informed their plan to storm the street and reject the N800 increment.

It was learnt that after storming the major highways and roads across the state, the drivers would no longer allow buses to load passengers across the state until the government intervenes and revert to the old tick price of N200 that was payable to the unions in the state.

Speaking to our correspondent on condition of anonymity, sources said that some of the affected buses’ drivers have already started the struggles in their respective areas including those along Badagry expressways and another close axis.

They maintained that those in Alimosho have also joined the fight and that tricycles and motorcycles that have been assisting commuters may also down tools within 24 hours, and that the body language of the Lagos state government has shown that the union has its backing before announcing the levy increment.

“The union is hiding under the government of the state and we believe the increment has the approval of the Lagos State Governor, Babajide Sanwo-Olu. I can confirm to you that at a meeting recently, chairmen of branches of the unions announced the increment in the levy to their members saying the directive was from the governor.

“Our union leader told our branches’ chairmen to announced to us that Sanwo-Olu directed that the level should be increased and that it is an order from the above. Around Bariga today, most of the Korope drivers didn’t ply the road because they were informed Lagos state told them to buy N800 tickets every day, then the unions too will give tickets, then Agberos, then àwón Alaso Dudu (street name for policemen) too,” a source confided in our correspondent.

Findings from our correspondents showed that the bus drivers pay estimated levies of N3600 per day with newly introduced Lagos State consolidated ticket of N800 and that such have contributed to an increase in transport fares being charged by the commercial bus operators across the state.

“Generally, danfo buses pay taxes ranging from “Owo loading”, “Owo turn”, Security, Chairman, Olopa, National, Road, LAWMA, and most importantly, task force money. The route you ply determines the rate, amount, and type of tax you pay and also the vehicle you are driving be it Ofam bus or Koropin.

“Typically, a bus loading Bode Thomas from Ojuelegba will pay N1,500 for first loading. To reduce this tax. Lagos state decided to consolidate it and bring it down to 800. But you see those NURTW and RTEAN. They are their own revenue-generating agency. The problem now is one is empowered to collect tax and one is not. So we have three taxes now, consolidated ticket, NURTW/RTEAN, and LAWMA,” a driver told our correspondent.

Reacting to the development, the Lagos state government explained that before the said increment, there were wider consultations with relevant stakeholders before the action was taken.

The Special Adviser to Sanwo-Olu on Transportation, Toyin Fayinka, said that no fewer than ten different meetings were held before the levy was jerked up and that all stakeholders were carried along.

“The Lagos state government is aware of the N800 ticket. Before we rolled out the ticket, wider consultation was done and we held more than 10 meetings with the heads of the NURTW and RTEAN, and equally met with the local government chairmen before we agreed.

When asked the purpose the N800 ticket serves, Fayinka said, “before now, a driver will just stop at a park and they will collect money from him without being issued any receipt or tax clearance. But we have agreed with the unions that the names, telephone numbers, and pictures of the drivers paying this N800 must be documented.

“As agreed, at the end of the year, the Lagos Internal Revenue Service will now give the drivers certificate of tax clearance as they will have deducted an amount on a daily basis from the N800 the drivers are paying.”