North Korea may resume nuclear, missile testing against US…

.SCID is investigating the case- PPRO 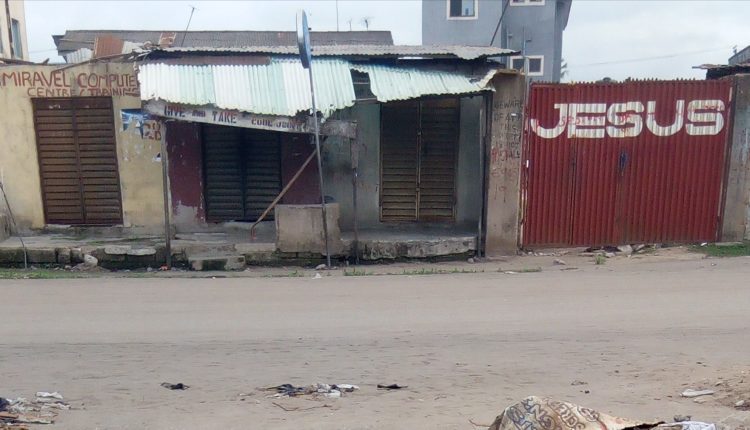 A 20years old pregnant lady, Victoria, who was set ablaze by her brother at C.A.C bus stop in Okokomaiko, Ojo Local Government, Lagos State has been confirmed dead by medical doctors.

Victoria was said to have died hours after her brother, who was said to be instructed by their mother to scold the pregnant lady over her recent actions, grabbed a jerry can already fill with Petroleum Motor Spirit (PMS) in their restaurant and doused the deceased with the content and set her ablaze.
The offense of the deceased cannot be categorically ascertained while some eyewitness said that the deceased slapped her mother during an altercation while another version claimed Victoria was scolded by the mother and brother for leaving home often to cohabit with men.
It was gathered that the cry of the deceased and smoke that bellowed from the space used for restaurant attracted fellow residents and passersby to the scene and made efforts to put out the fire, during which victoria suffered severe burns from her brother’s action.

After several minutes of relentless effort in putting out the fire, it was learned that efforts to get Victoria to the hospital became another uphill task on the fateful day, May 14th, 2020, because her burnt flesh started giving way and many could not help inspite of their presence at the scene.
Minutes later, Victoria was rushed to Ancel Hospital, on Kemberi road, Okokomaiko, few meters away from the scene, for treatment but the medical doctors at the hospital refused to admit her after examining the extent of burns and asked that they take Victoria to a Lagos general hospital, Alimosho Local Government for proper treatment.
According to residents, it was at the hospital the medical doctors confirmed that Victoria is dead and their findings were that the extent of burns suffered by the lady was severe considering her medical status.
The Guild gathered that Victoria’s brother, who was said to be under detention, fled from the scene after the incident before youths in the community gave him a hot chase, caught him and dragged him to the hospital where he was handed over Policemen attached to Okokomaiko Police station, Okokomaiko for onward prosecution.
Residents, who witnessed the tragedy told The Guild that none had expected victoria’s brother to reach out for petrol since the argument between them at their mother’s restaurant does not warrant setting her ablaze.
A resident, Sunday Ezekiel, told our correspondent that all they saw and heard a few minutes after the altercation started was smokes and cry of the lady for help which attracted everyone to the restaurant to investigate the reason for the actions.

Ezekiel, who described the deceased as jovial, condemned the action of the mother whom he claimed realized her mistake after her son had set Victoria ablaze while trying to reprimand the pregnant lady of her actions.
Another resident, who did not want her name in print, disclosed that the deceased was two months pregnant before the tragedy and that the brother to the deceased after setting her ablaze did not feel remorseful, rather continuously doused victoria with the inflammable product.
He added that the mother, after apparently after realising her mistake, stopped Victoria’s brother from engaging in the act and called for help to put out the fire.
According to him, in the process of trying to quickly put out the fire, she also suffered some severe burns on her legs and she was also been interrogated for her actions.
When The Guild contacted Police Public Relations Officer (PPRO), Bala Elkana, for confirmation, he disclosed that the deceased was the elder sister to the perpetrator.
Bala, who disclosed that the case had been taken over by the State Crime Investigation Department (SCID) in Panti, Yaba, hinted that the suspect would be charged to court immediately the investigation is completed.
He said: “It is the younger brother that set her ablaze and the claim of the younger brother was that the deceased sister does not accord their mother the due respect she deserved and that was why he set her ablaze to serve as caution.
“The mother too also suffered some burns on her body. The suspect will be charged to court on the completion of the investigation. The State CID, Panti has taken over the case from Okokmaiko police station. Also, at the end of the investigation, the man will be charged to court”.