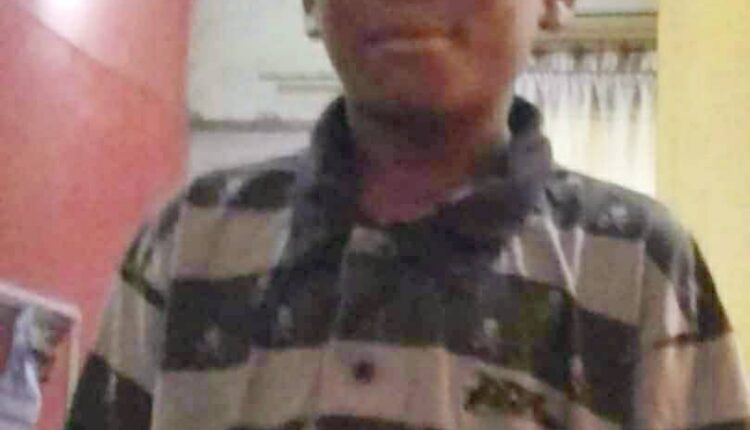 A 12-year-old student, Emmanuel Amidu, of Simple Field high School,  has been pronounced dead at Lagos University Teaching Hospital (LUTH), Idi-Araba, after being allegedly flogged by his Mathematics teacher for failing to turn in the assignment he and other members of the class were given during the previous session.

The Junior Secondary school student was said to have been beaten alongside his classmate by the teacher identified as Mr. Stephen for not completing the task after he requested that all students submit their assignments for assessment.

As gathered, the boy was flogged by the teacher, who was said to have been angered by excuses tendered before him by the deceased student for not completing the homework before coming to school sited in Marogbo axis Agbara, Badagry Local Government.

While being flogged, it was learnt that young Emmanuel fell on the ground and was said to have been helped by his fellow student to his seat, even as the teacher was said to have insisted that they must do the assignment in the class and present it to him.

Narrating how the boy passed on, the father of the student, Akinola Amidu, claimed that the boy was unconscious following the flogging but was revived after another teacher of the school poured a bucket of water on his son, leaving him drenched.

He noted that aside from the water, the management of the private school did not administer any first aid treatment to him and for hours, he was left there.

Amidu, who noted that the boy died a day before his birthday on May 17, said that he was left in utter shock when his son, who had left home alive was brought back unconscious after school closing hours and that the minor could not lift his hands or legs.

According to the deceased boy’s father, Emmanuel was said to need pants of blood after he was rushed to a hospital in the community in Agbara axis of the state.

But after buying blood and fulfilling other necessary medical procedures proscribed by the experts at the hospital, he was said to have been directed to take his son to LUTH’s emergency children’s ward for further treatment.

“The school denied my daughter from calling me about the state of the boy but for the timely intervention of a neighbor’s child who had sneaked into the toilet to call the motorcyclist that usually brings them to and back from school.

“After they brought him home, we took him to a hospital on Friday where they said he needed blood and I had to buy. After several attempts, he was responding to treatment but the doctor recommended that we should take him to LUTH after an examination,” he said.

Speaking exclusively to The Guild on Friday, Amidu disclosed that the boy was stable after being attended to in LUTH but he had gone to the hospital’s pharmacy to get drugs for the boy when he returned to the news of his son’s death.

He claimed the school management had conspired to hide the truth regarding circumstances surrounding his son’s death which was linked to the flogging by the teacher and that they have been threatening anyone that wished to narrate what transpired at the school.

He noted that he got the full details of what occurred from students in his son’s class who disclosed that they had been warned not to disclose the incident.

“I did not want to take up the issue but the conspiracy of the school management is why I have decided to take it up to ensure that shutdown of the school and I will not stop until I find out what actually happened to my son.”

The boy’s father further disclosed that the teacher involved was earlier arrested by the Magboro police division but was later released and that he was told that they could not do anything about the matter.

On their part, the school management has declined Amidu’s claims of being responsible for the boy’s death and that they knew nothing about the circumstances that led to the demise of the student.

During an attempt by The Guild to find out what transpired from the Principal of the school over a call, he claimed he was in a meeting, and all efforts to reach him again proved abortive.

Meanwhile, during a phone call, the Lagos Police Command, Public Relations Officer, Benjamin Hundeyin, noted that he was not aware of the incident and as a result could not comment on it.