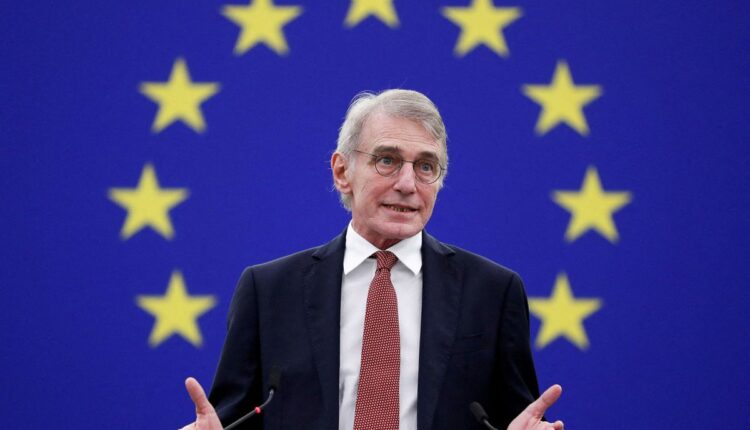 European Parliament President, David Sassoli, who was an Italian socialist and former journalist, has died after a brief illness in Italy.
He was 65.

Sassoli was said to have contracted legionella pneumonia in September, returned to hospital in December after suffering complications related to his immune system but he had undergone a bone marrow transplant 10 years ago before dying in a cancer clinic in the northeastern town of Aviano.

Confirming the parliament leader’s death, Italian Prime Minister, Mario Draghi, said that Sassoli stood for balance, generosity but importantly had the interest of humanity at heart, adding that his distinctive features always singled him out of his colleagues who respected and recognized him as such.

“Sassoli was a symbol of balance, humanity and generosity. These qualities have always been recognised by all his colleagues, from every political quarter and every European country,” he said

On her part, European Commission President, Ursula Leyen, a conservative who secured Sassoli’s backing within the EU parliament despite coming from different camps, described his death as painful, adding that she had lost a dear friend.

“Today is a sad day for Europe. Our union loses a passionate European, a sincere democrat and a good man,” she said.

She disclosed that Sassoli always strived for unity in Europe by bringing them closer and ensuring the country’s values were preserved, adding that it was a legacy he had kept before his death.

“He wanted Europe to be more united, closer to its people, more faithful to our values. That’s his legacy.” she said.

As gathered, Sassoli was said to have been president of the 705-seat parliament since July 2019 and his term in the predominantly ceremonial role had been due to end this month. Maltese lawmaker Roberta Metsola, from the conservative European People’s Party (EPP), is widely expected to succeed him.

His time leading the EU assembly was dominated by the coronavirus crisis and he was credited with introducing a remote voting system that allowed the parliament to keep operating even as much of Europe was forced into repeated lockdowns.

Flags at EU institutions were said to have been lowered to half mast as praise for Sassoli poured in from across the political spectrum.