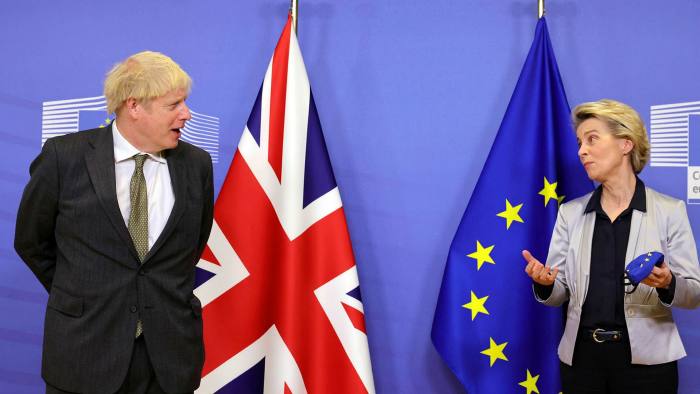 Britain clinched a narrow Brexit trade deal with the European Union on Thursday, just seven days before it exits one of the world’s biggest trading blocs in its most significant global shift since the loss of empire.

The deal meant it has swerved away from a chaotic finale to a tortuous divorce that has shaken the 70-year project to forge European unity from the ruins of World War Two.

European Commission President, Ursula von der Leyen, told reporters: “It was a long and winding road. But we have got a good deal to show for it. It is fair, it is a balanced deal, and it is the right and responsible thing to do for both sides.”

“We will be an independent coastal state,” he said. “We will be able to decide how and where to stimulate new jobs.”

The chief EU negotiator, Michel Barnier, was able to say for the first time in four long years: “The clock is no longer ticking.”

While the last-minute deal prevents the most acrimonious ending to the saga on Jan. 1, the United Kingdom is set for a much more distant relationship with its biggest trade partner than almost anyone expected at the time of the 2016 referendum.

A deal had seemed imminent for almost a day until haggling over just how much fish EU boats should be able to catch in British waters delayed the announcement of one of the most important trade deals in recent European history.

The UK formally left the EU on Jan. 31 but has since been in a transition period under which rules on trade, travel and business remained unchanged until the end of this year.

The details of the accord have yet to be made public, but if the sides have struck a zero-tariff and zero-quota deal, it will help to smooth trade in goods that makes up half their $900 billion in annual commerce.

It will also support the peace in Northern Ireland – a priority for U.S. President-elect Joe Biden, who had warned Johnson that he must uphold the 1998 Good Friday peace agreement.